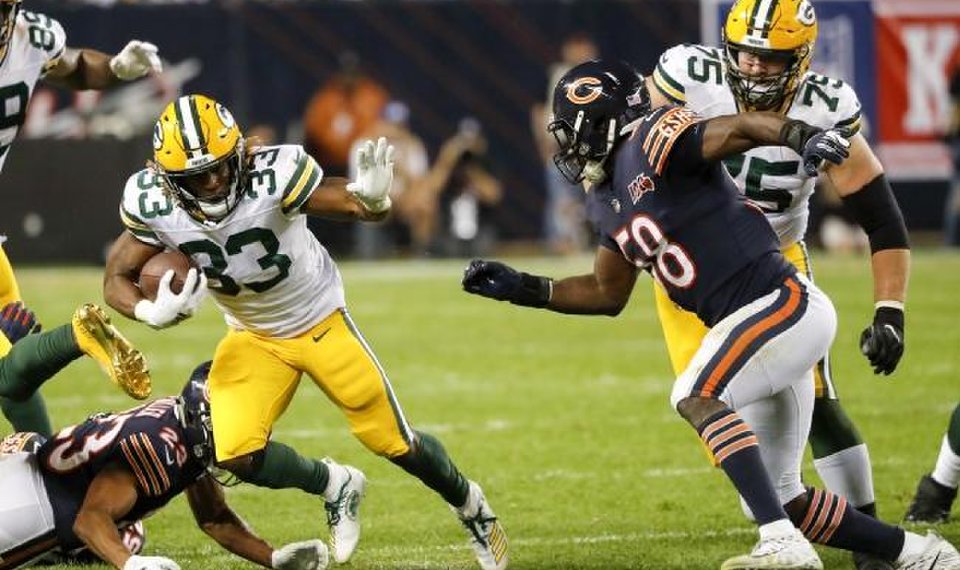 The Chicago Bears (7-6) are somehow still alive in the NFC Playoff picture but a loss in Week’s 15 visit to take on their NFC North rivals, the Green Bay Packers (10-3) would put an end to those hopes.

With three straight wins, and four in their last five games, the Bears have staved off hibernation but is it only a matter of time before they take another loss or the likes of Green Bay, Minnesota and Seattle clinch leaving them out in the cold for the winter.

While Packers quarterback Aaron Rodgers still has it, the team has been aided in part by Aaron Jones who has cored 12 rushing touchdowns on the season.

Coverage of the game between the Bears and Packers will air on FOX beginning at 1:00 pm ET from Lambeau Field.

Entering this contest the Packers are a 4.5 point favorite against the Bears. The over/under for this game is 41 total points.