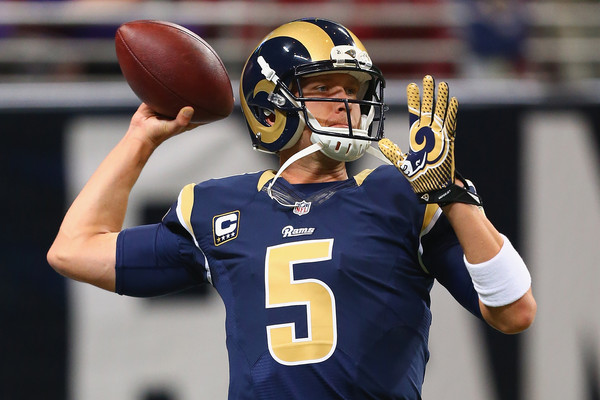 A new coach could result in a complete reversal of course as it pertains to the Eagles quarterback situation.

Doug Pederson is reportedly interested in bringing Nick Foles back to the team after the quarterback was jettison to the Rams in a trade for Sam Bradford a year ago.

ESPN’s Adam Schefter reports that the Eagles no longer plan to use the franchise tag on Bradford as a reunion with Foles could become a possibility. Pederson was the Eagles quarterbacks coach when Foles was drafted by the team in 2012.

Foles is set to make $7.75 million in 2016 but that amount is still far less than what Bradford figures to earn in the free agent market. The Rams quarterback situation is just as messy as the Eagles with the team saying free-agent to be Case Keenum would be the starter for 2016 as they move to Los Angeles.

After playing poorly for the Rams, Foles was benched in favor of Keenum last year. The Eagles and Rams could both target quarterbacks in this year’s draft.