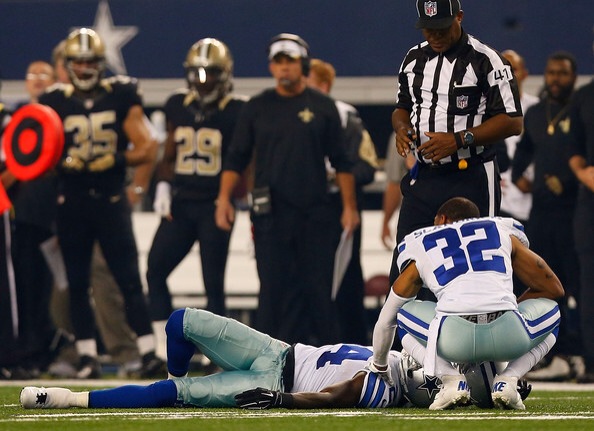 The season of Cowboys cornerback Morris Claiborne has come to an end after he tore a patella tendon in his left knee during Sunday’s win over the Saints.

Clairborne went down in the first quarter after falling to the ground on a non-contact play.

It had been a tumultuous week for Claiborne who was demoted with the return of Orlando Scandrick. Claiborne made a game sealing interception against the Rams a week ago but also was burned for two touchdown passes.

Cowboys coach Jason Garrett said that Claiborne would undergo in a few days.