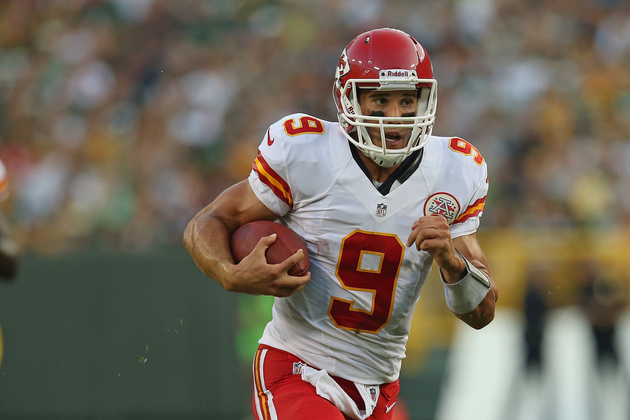 A week ago against Kansas City Chief fans cheered when quarterback Matt Cassel was knocked from a game against Baltimore. Cassel was diagnosed with a concussion and has been ruled out for Sunday’s match-up against the Tampa Bay Buccaneers.

Cassel had underwhelmed during his five games as the Chiefs starter this season. Cassel led the NFL with 14 turnovers and had led the Chiefs to just one win. Even before suffering a concussion it appeared that Cassel was heading towards some time the bench.

All this means that Brady Quinn will make his first start since 2009. While he can not play much worse then Cassel, is Quinn capable of showing anything? 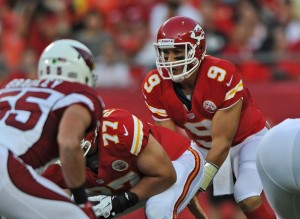 Last season Quinn was passed over on the Denver Broncos depth chart by Tim Tebow. Quinn is in yet another organization and despite another crop of lack luster players ahead of him on the depth chart there was hardly anyone calling for him to start, despite wanting Cassel to sit.

Quinn was 2-for-2 on pass attempts last week when he replaced Cassel. During the preseason he earned the role of backup beating out Ricky Stanzi.

Still will we see anything worthwhile on Sunday?

Owning a lifetime completion percentage of 52.4 hardly screams good things. In fact during the last two seasons he did not even take a snap for the Broncos. Quinns most significant playing time came in 2009 with the Cleveland Browns when he threw 8 touchdowns, 7 interceptions and had a quarterback rating of 62.7 which led to the team searching for another option.

That no one has felt strongly enough to consider him for anything until this point speaks enough about what I think Quinn can do. Quinn has not even topped above 6 yards per pass at any point in his career. (minus his 32 yards on 2 passes last week)

It is becoming increasingly likely that Quinn will never see the NFL success that he had in college while at Notre Dame but at least his shirtless photos made a few women swoon.

On the positive side for Quinn, he is playing against Tampa Bay. The Buccaneers have allowed an NFL worst 345.3 yards per game though the air. Perhaps Quinn can torch them for 300 yards this weekend and create a buzz again. Just do not expect it to last.