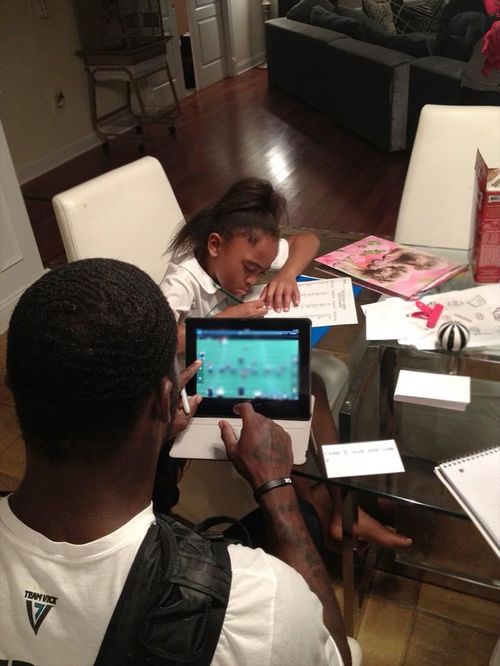 Michael Vick admitted today that he is once again a dog owner. This comes about a week after a photo was posted to Twitter by Vick that showed a box of Milk Bone brand dog biscuits clearly sitting on his table.

Vick no longer has any rules governing that he can’t be a dog owner and thinks its important for his family.

In a statement released earlier today Vick said, “I understand the strong emotions by some people about our family’s decision to care for a pet,” Vick said. “As a father, it is important to make sure my children develop a healthy relationship with animals. I want to ensure that my children establish a loving bond and treat all of God’s creatures with kindness and respect. Our pet is well cared for and loved as a member of our family. This is an opportunity to break the cycle. To that end, I will continue to honor my commitment to animal welfare and be an instrument of positive change.”

Vick played football at Virginia Tech where he ranked third in his freshman year for the Heisman Trophy. He left after his sophomore year to enter the NFL and was drafted first overall by the Atlanta Falcons in the 2001 NFL Draft.

In 2007 Vick was charged with being a part of an illegal interstate dog fighting ring that had operated for five years. In August 2007, he pleaded guilty to federal felony charges and served 21 months in prison, followed by two months in home confinement. Vick was released from the Falcons in 2009, as the owner did not want him on the team.

The Philadelphia Eagles decided to take a chance and signed Vick, he was reinstated 3 weeks into the 2009 season.  It was 2010 that Vick was really given a second chance to show fans what he could do, and led the Eagles to the 2011 NFL Playoffs as NFC East Champions.

He was named the 2010 NFL Comeback Player of the Year and was selected to his fourth Pro Bowl.

This season Vick has thrown for 1,321 yards and scored six touchdowns. But he has also thrown six interceptions and has been erratic at the quarterback position. Andy Reid, the coach of the Eagles, said that he plans to keep using Vick as the teams quarterback.