Chicago Bears rookies defensive back Shea McClellin and practice squad Aston Whiteside went to dinner with some of their  team mates at a restaurant in Chicago and ended up with a $38,000 dinner bill. 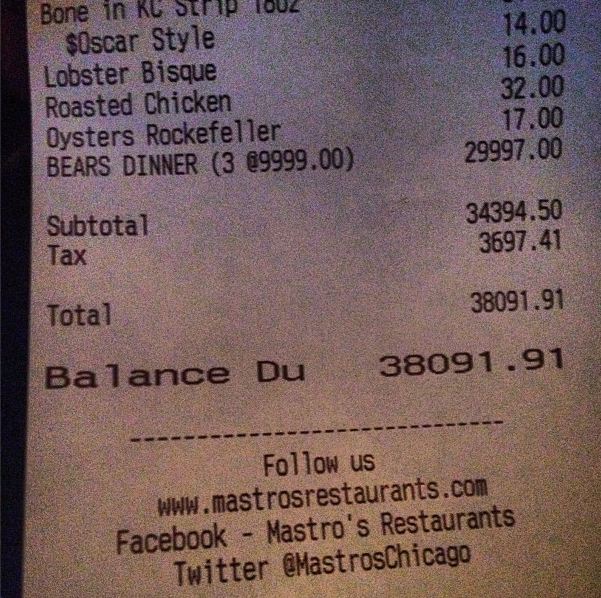 It was all a part of a prank that the veterans decided to play on the rookies. After dinner, Whiteside was handed a bill for $38,091.91. 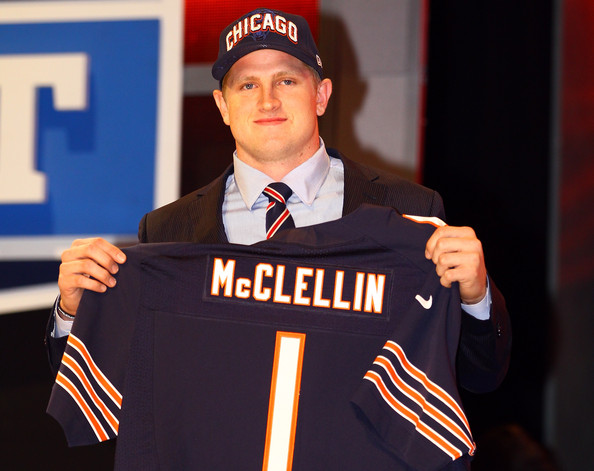 McClellin and Whiteside stared at the bill for a few minutes trying to figure out how to pay for it  before they were told it was fake.

Wow, talk about your eyes popping out of your head.

McClellin said the actual bill amount was around $10,000. (Which would STILL make my eyes pop out of my head)

Rookie hazing is seen over all sports from the NFL to MLB. It is always in good fun… at least for the vets.