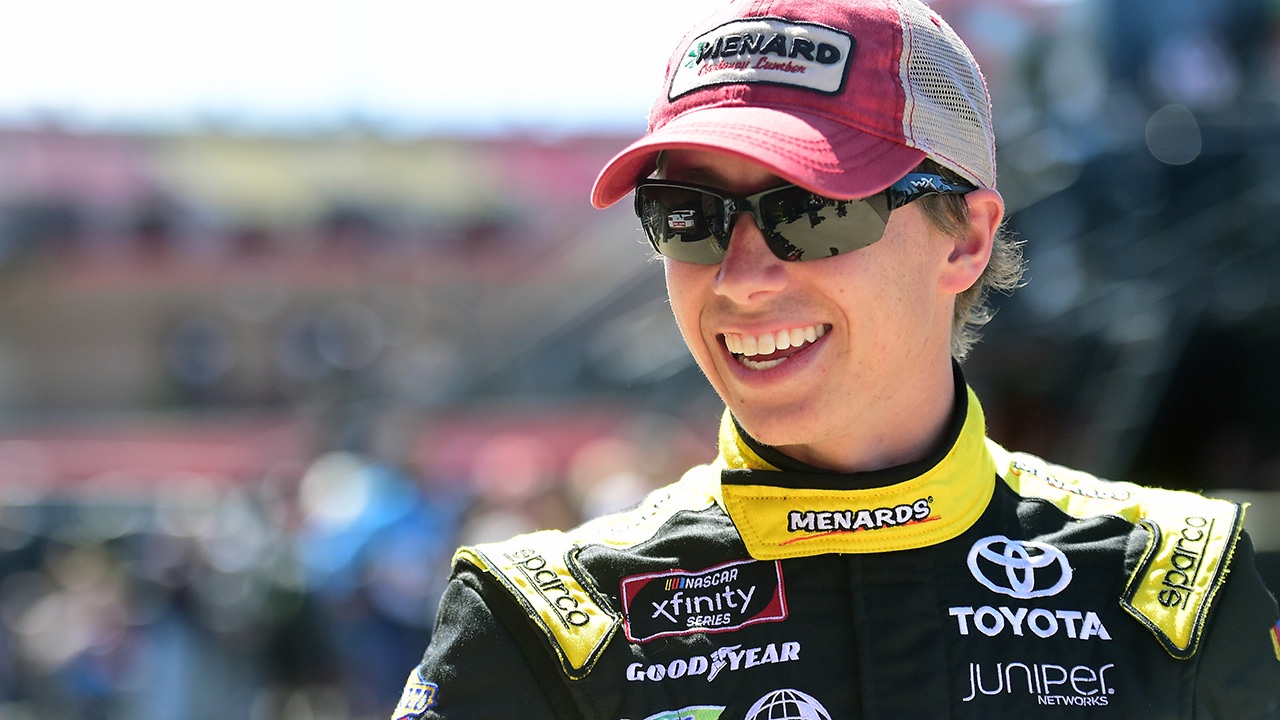 When the 60 lap race got underway it was Johnny Sauter up front following the random draw.

It would take only one lap before the first caution came out after Austin Wayne Self bumped into a loose Codie Rohrbaugh who collided with Matt Crafton ending his and the 2019 Series champions day after just one turn.

Green flag racing would not last long with Raphael Lessard running into the grass and collecting Self ending both drivers day on lap 7 and bringing out the red flag on lap 8.

The caution flew again on lap 12 with Ty Majeski hitting the inside wall after being spun trying to block Grant Enfinger who was attempting to make a pass for third. The red flag would again come out.

Sheldon Creed would beat Austin Hill in a one lap shout for the first stage win. Several trucks in the back of the pack would make pit stops during the break but others stayed out knowing they could not make it to the finish.

Brennan Poole’s flat right front and subsequent contact with the wall brought out the court caution on lap 23. Multiple drivers would pit near the end of stage two but the caution would agin fly after Jordan Anderson spun by himself. Creed would win the second stage under caution.

Zane Smith jumped to the lead for stage three. With 25 to go Tate Fogleman went around after contact from Tanner Gray for caution number seven. Christian Eckes and Chase Purdy would make contact with one another on pit road.

Smith would fall back though the field on the ensuing restart as Eckes and Brandon Jones battled for the lead. With 12 to go Eckes spun coming across the tunnel turn when he lost a right rear tire sending him into the wall and ending his day.

Jones would lead them back to green with Austin Hill chasing behind before Tim Viens brought out the ninth caution for a spin.

Sheldon Creed would split between Jones and Hill for the lead with two to go but Jones would not go quietly mounting a charge on the outside and then pulling past entering turn three for his first truck series win.