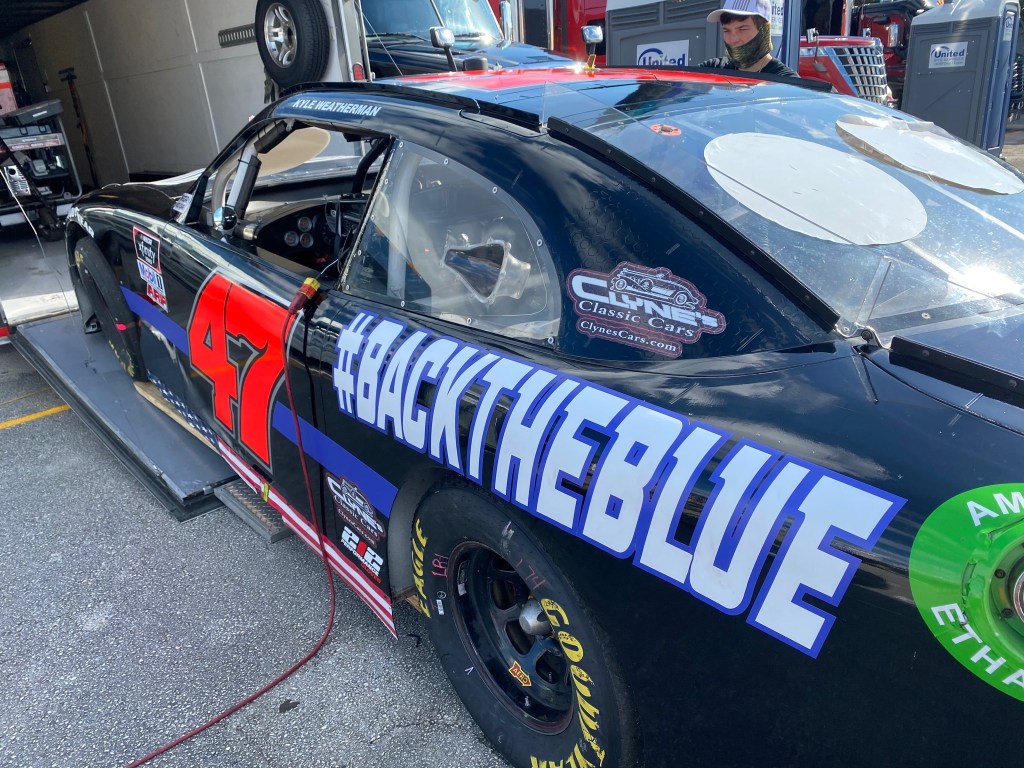 The No. 47 entry in the NASCAR Xfinity Series came to Homestead-Miami Speedway with the message #BackTheBlue along its side and a American flag with a blue line on it’s hood.

According to driver Kyle Weatherman and Mike Harmon Racing the car was mean to honor first responders though the term Blue has traditionally been a reference to police. There is no addition mention of firefighters or EMT’s on the cars and the word police or cops is not present.

RACEDAY here in Miami have something special on the car this weekend. A lot going on in the world right now and I wanted to express that most first responders are good people. My uncle is a firefighter and he would do anything to help save lives. 🙏🏻 please repost LOVE everyone🙏🏻 pic.twitter.com/ZWYdM8Dio1

A transmission issue would end Weatherman’s day after 67 of the 167 laps in the race. He was scored as the 33rd place finisher.

The second Xfinity Series race of the weekend will be run at noon airing on FS1. Weatherman is scheduled to drive the No. 47 Chevrolet again.