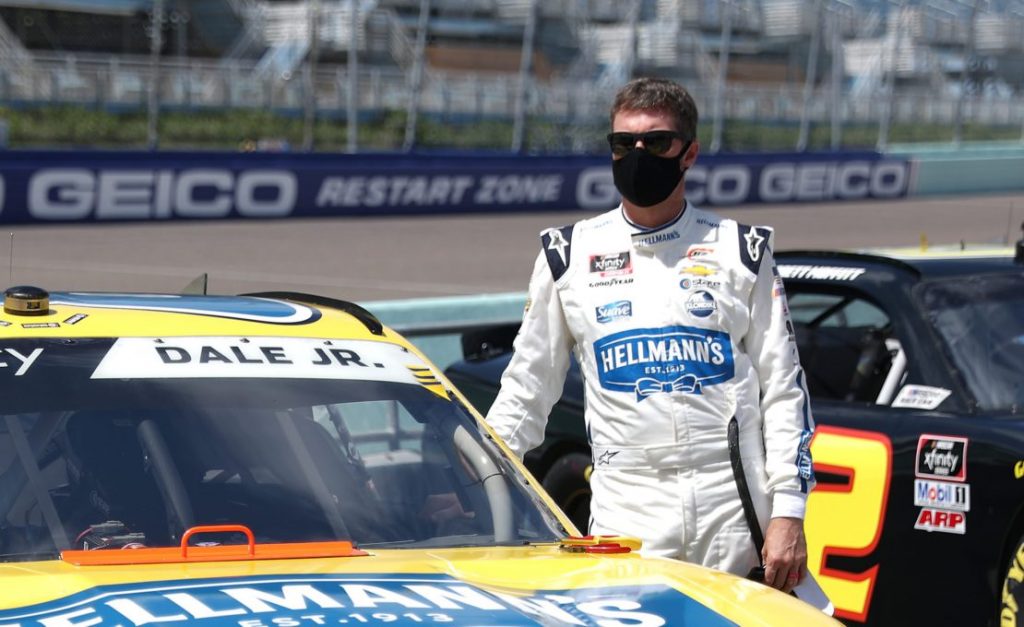 Following the race Earnhardt was unsure of how many more races he would run.

“Right now I think it’s going to stay the same, I’m not doing any more, that’s for sure and I can say that with confidence,” said Earnhardt. “I don’t know how many more of these I’ll do, this might be the last one. And this ain’t no tease, or anything like that, I’m not trying to be annoying about it. It’s a lot of a commitment.

“I’ve got to decide if I’m helping things or not. I really enjoy it, I really do. There’s got to be a point where I decide to make the change to broadcasting entirely. That said, being in the car today, I certainly learned a lot that will help me in the booth.

“I just gotta think about it – I certainly don’t wanna run more, one is plenty. It’s a great series, we’ll just see how it goes. It’s a tough question to answer and I’m sorry about that.”

After starting 12th, Earnhardt made his way up the field and led four laps. The event was going well for his JR Motorsports team in the closing laps of the Hooters 250 with Noah Gragson in position to win and Earnhardt second. A late race caution saw all that go away and gave Harrison Burton the opportunity he needed to score the win.

The No. 8 car will be turned over to Daniel Hemric for the second half of the Xfinity Series double header at Homestead-Miami Speedway. Crew chief Taylor Moyer will be back on the box. TV coverage starts at noon on FS1.