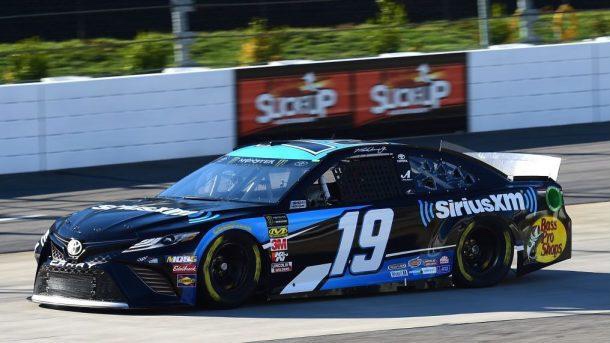 A Wednesday night race at the shortest track on the circuit saw Martin Truex Jr. go to victory lane. Martinsville Speedway ran its first race under the lights with the Blue Emu Premium Pain Relief 500.

The third caution came out for Timmy Hill who stalled on pit road. Corey LaJoie would take the lead as others pitted with Bubba Wallace being the first off pit road after taking two tires. LaJoie’s lead vanished when they went back to green with Logano getting by with ease to win the stage. On lap 203 Jimmie Johnson would move to the lead and end the second stage in the lead. Blaney, who had reclaimed his lost lap, would assume the lead on lap 275 with teammate Logano following behind him ten laps later for the top spot. Blaney would retake them lead until a spin by David Starr brought out a caution. He would suffer a penalty for his pit crew being over the wall too soon which resulted in him being shuffled back to 17th. Logano and Keselowski would lead the field back to green.

Keselowski would lead lap 366 after some tight racing with Logano, Elliott and several lapped cars. Martin Truex Jr. would then challenger the No. 2 car for the top spot and became the leader with a pass on lap 370. Blaney would work his way back into the top five as Austin Dillon, who suffered damage to the crush panels early in the race, had to be helped from his ride.

Blaney would never get close enough to challenge Truex who checked out from the field for his first win of the season replicating his win from the fall 2019 race.