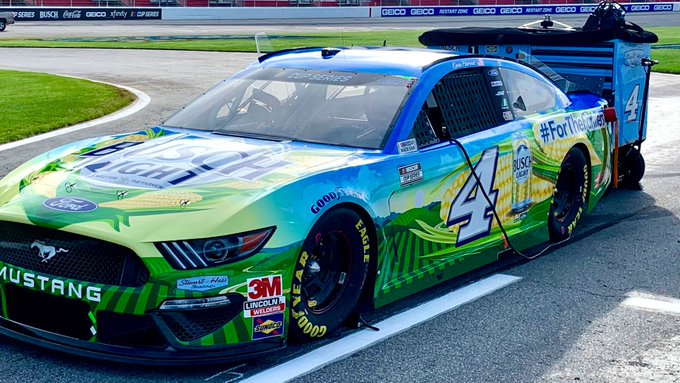 The No. 4 of Kevin Harvick and the No. 14 of Clint Bowyer will have a bit of a corny look for the running of the Folds of Honor QuikTrip 500.

When racing gets underway at Atlanta Motor Speedway, Harvick and Bowyer’s cars will have #ForTheFarmers schemes on their Busch light sponsored Ford Mustangs.

Following a random draw, Bowyer will start fifth while Harvick begins the race in ninth.

Maize well face it. That @BuschBeer Light #ForTheFarmers Ford Mustang is poppin’! 🌽 😍@ClintBowyer will roll off fifth in today’s #FOHQT500. Think the No. 14 can end the day in victory lane? Catch all of the action at 3 p.m. ET on @NASCARonFOX.#SHRacing pic.twitter.com/sb8BR1tOeQ

In 29 career races at Atlanta, Harvick has two wins. He will be seeking his 51st career victory today on crew chief Rodney Childers birthday.

Bowyer has made 19 starts at the 1.5 mile track notching two top-five finishes during that time.