Tire violation leads to DQ of Sauter’s No. 13 at Atlanta 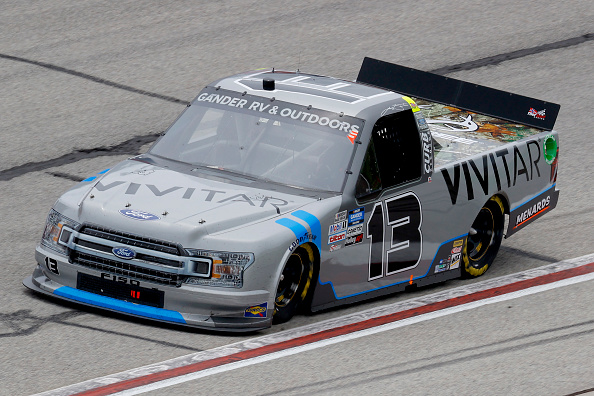 Johnny Sauter’s finish of 17th has been changed to 40th after the No. 13 entry was disqualified following Saturday’s running of the Vet Tix/Camping World 200.

Sauter’s truck was found to have unapproved modification to it’s tire which goes against Section 20.16.2.f of the NASCAR Rule Book.

“There was no tip-off. We randomly chose one Ford, Chevrolet and Toyota. They were all very close to each other on pit road. It makes it easy to manage it and to have our officials get to all three sets fairly quickly, basically confiscate them and keep our eyes on them. It was not a tip-off, it was one set of tires from all three OEMs (original equipment manufacturers).”

The trucks of Christian Eckes and Timmy Hill were also found to have a unsecured lug nut which will result in a $2,500 fine.