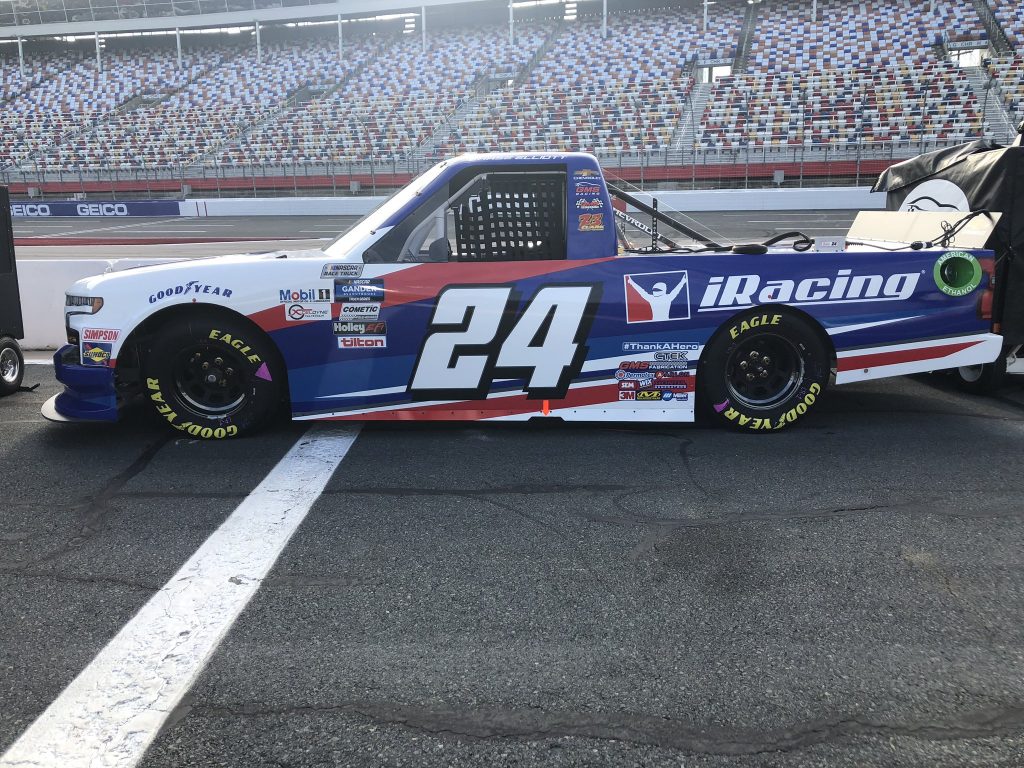 By winning the race and beating @KyleBusch, @chaseelliott earns the $100k bounty from @KevinHarvick and @marcuslemonis to be donated to a COVID-19 relief effort of his choice. pic.twitter.com/hjoCuiXJAC

Ben Rhodes began the NC Lottery 200 on the pole following a random drawl in what was the first Tuesday race in the history of the Truck Series. His stay up front did not even last the first lap as Austin Hill would get around him to lead the first lap of the race. Ross Chastain would battle with Hill for the lead during the first stage, following a competition caution on lap 15, before ultimately winning the stage.

Elliott would win the second stage while Busch finished it in fifth. The third stage would get interesting midway through after a crash incoming Garrett Smithley. Busch would pit for tires falling to 23rd giving them lead to Zane Smith while Elliott restarted third. Another caution would again bunch up the field with Busch restarting 12th with 27 to go. A lap later he was inside the top five. Elliott moves past Sauter for the lead with 24 to go as Busch moved up to third. While Busch would make his way up to second he never could get close enough to Elliott to make a move.