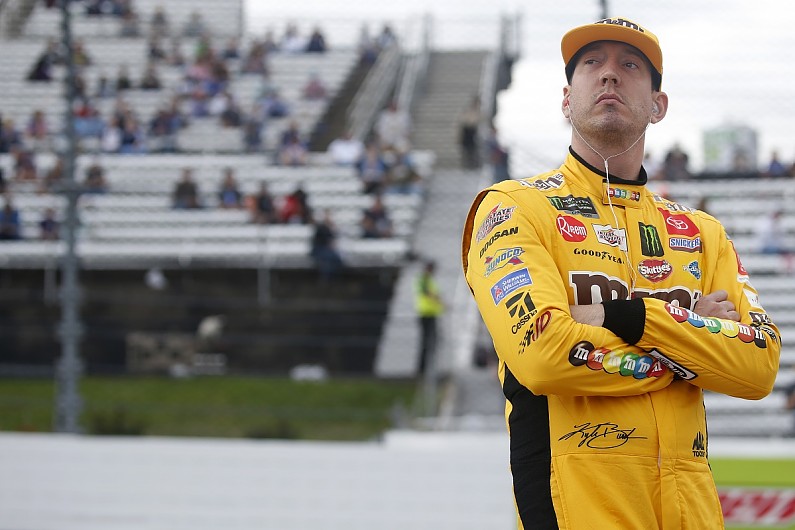 While Elliott was able to do a burnout and take a bow prior to a post race interview one thing was noticeable missing from Fox Sports 1 coverage of the race, an interview with Busch.

Video showed Busch on pit road following the race and later showed he walking down pit road but no mention of an interview took place. That led fans to speculate that Busch refused to do an interview but the driver of the No. 51 Toyota Tundra went to twitter to say that was not the case.

I did an interview. Wasn’t aired. That is all.

Busch and Elliott will both be back on the track Wednesday for the Cup Series race at Charlotte.

FS1 has released Busch’s video via their social media. Busch talks about hoe it only took one race to beat him and expressed disapointment with his race team having what he described as broken parts to start the race.

"There's going to be some (expletive) talking when I get home."- Kyle Busch after Charlotte pic.twitter.com/XFP7xxB5Z0