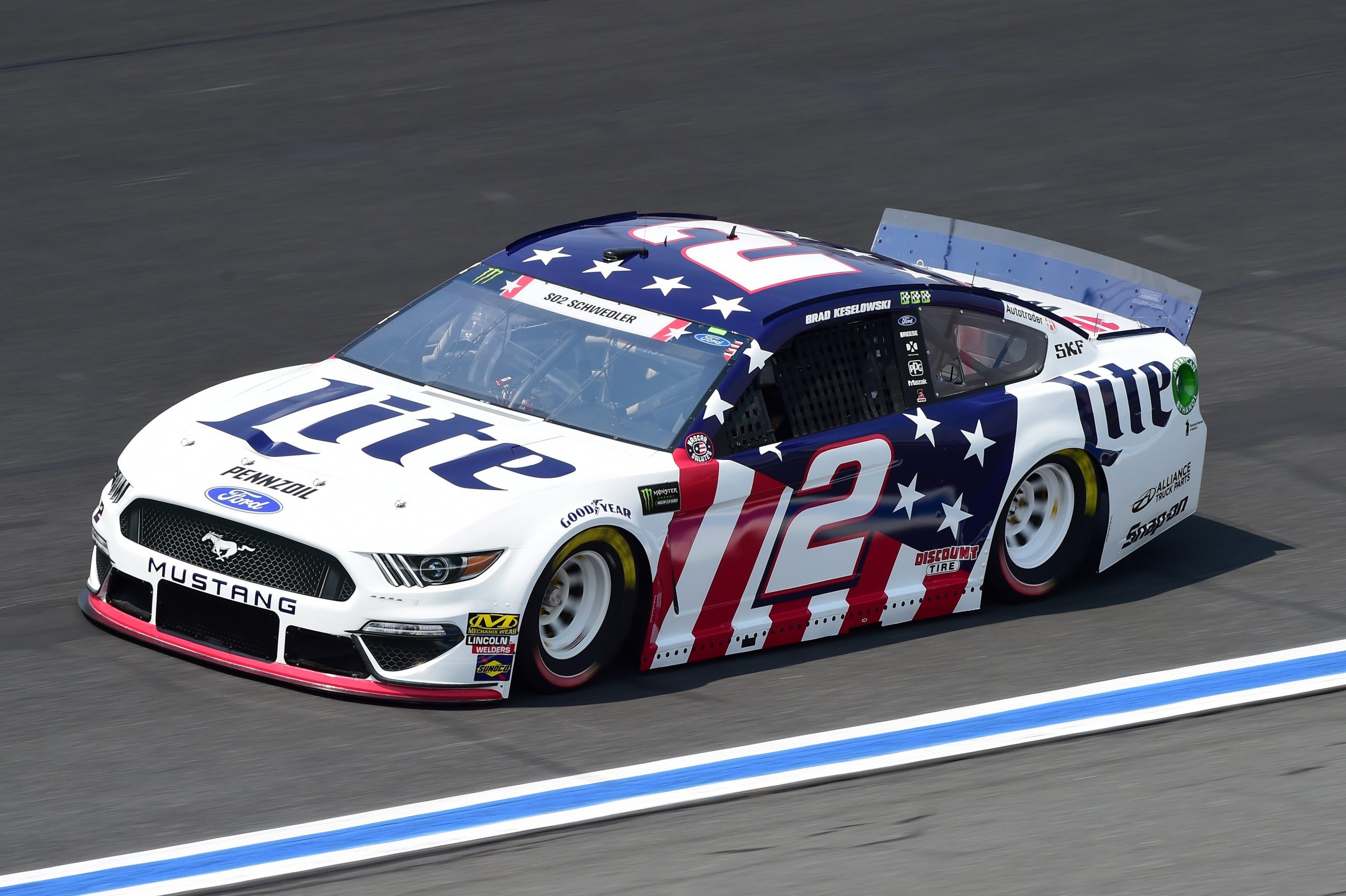 Brad Keselowski won Sunday’s running of the Coca-Cola 600 at Charlotte Motor Speedway becoming the fifth different winner in 2020 in the NASCAR Cup Series.

The Coca-Cola 600 was the first race since NASCAR’s return to feature qualifying. Kurt Busch would win the pole for the race. Before the race even started Denny Hamlin would lose ballast from his No. 11 car causing him to go multiple laps down.

After 51 laps the red flag came out due to rain. When racing returned it was Clint Bowyer who found the outside wall near the end of stage one which ended under caution with Alex Bowman in the lead.

Bowman would win the second stage but Joey Logano would claim the third after staying out with old tires following a caution.

After Jimmie Johnson led them off pit road following a caution midway though the final stage, Brad Keselowski would assume the lead before handing it over to Elliott. A caution for William Byron who lost a tire and spun would bring Elliott and others to put handing the lead to Keselowski who was able to hold off Jimmie Johnson for his first win of 2020.

Sunday’s Race was the longest in NASCAR history in terms of miles.