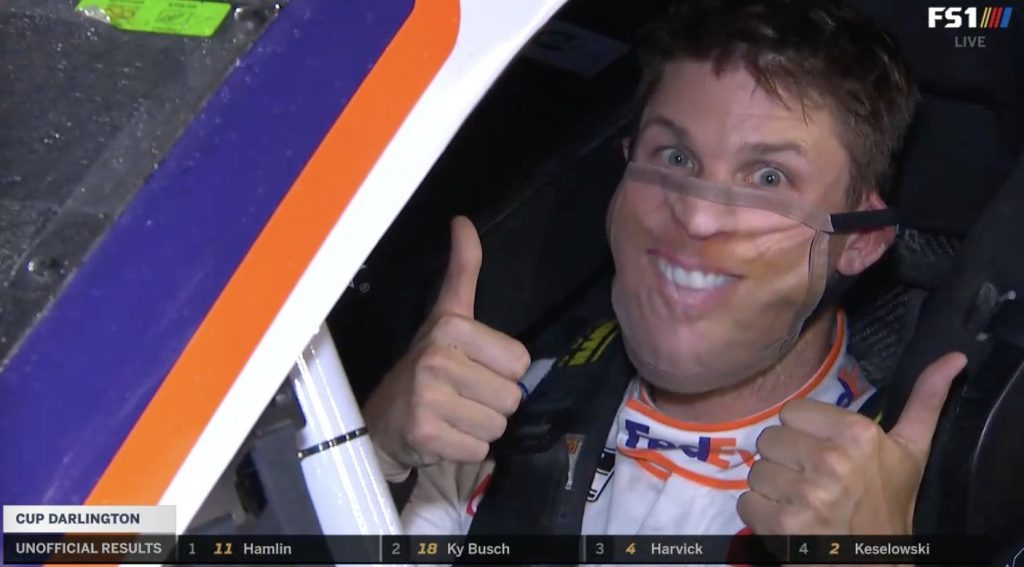 Denny Hamlin had the rest of his face printed on the mask he wore for Wednesday night’s NASCAR Cup Series race at Darlington Raceway.

Who won Darlington and has two thumbs? THIS GUY. pic.twitter.com/EV8QOImQux

Who knew hours after first being shown on tv wearing the mask it would prove to be the perfect accessory to Hamlin’s victory in the rain shortened Toyota 500?

The win was the 39th in Hamlin’s career and ties he with Matt Kenseth and Tim Flock on the all-time list.