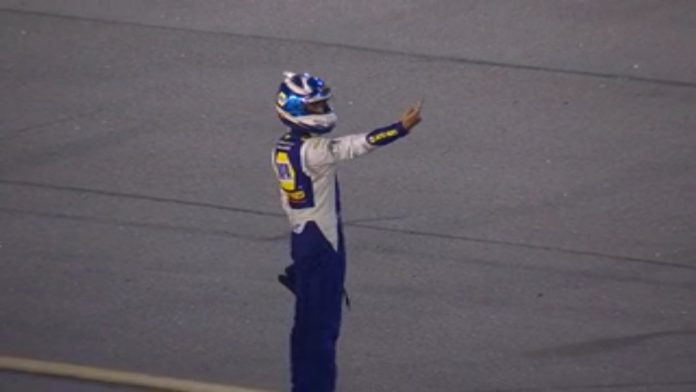 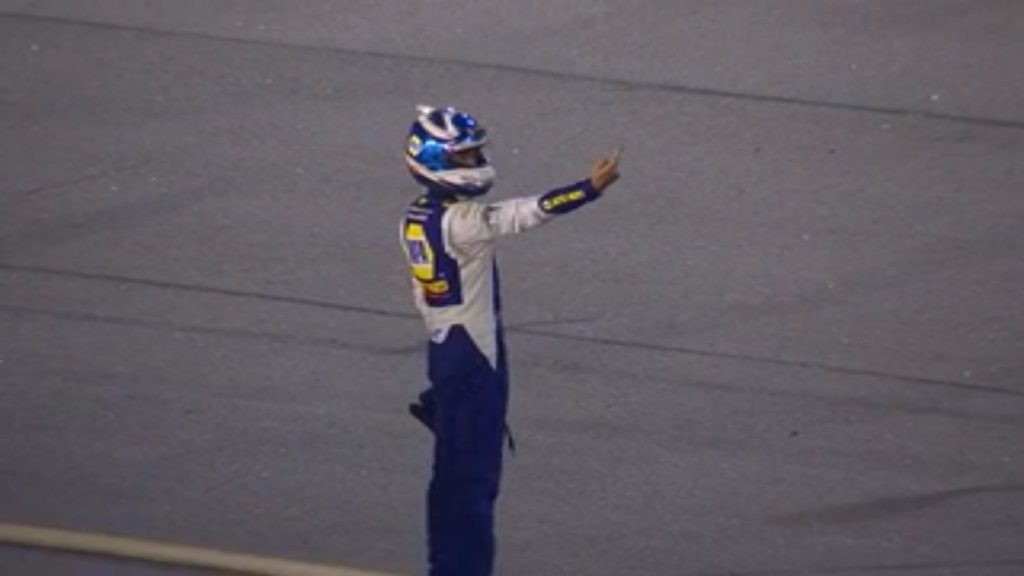 Chase Elliott was not happy with Kyle Busch after the driver of the No. 18 Toyota made contact with him which ended his night early in the Toyota 500 at Darlington.

Busch, appearing to misjudge the gap between him and Elliott, tried to fit his car ahead of the No. 4 of Kevin Harvick only to find out that he was closer to Elliott’s No. 9 car than he thought. The result was contact which Elliott’s car into the inside wall ending his night early before rain began to fall on the track.

“I made a mistake and just misjudged the gap.”- Kyle Busch on his incident with Chase Elliott pic.twitter.com/zH4ZLGKDz4

When drivers were brought down pit lane following the race there was a talk between the two drivers as well as Elliott’s crew chief Alan Gustafson who previously worked with Busch.

In a post race interview Busch took responsibility for the incident.