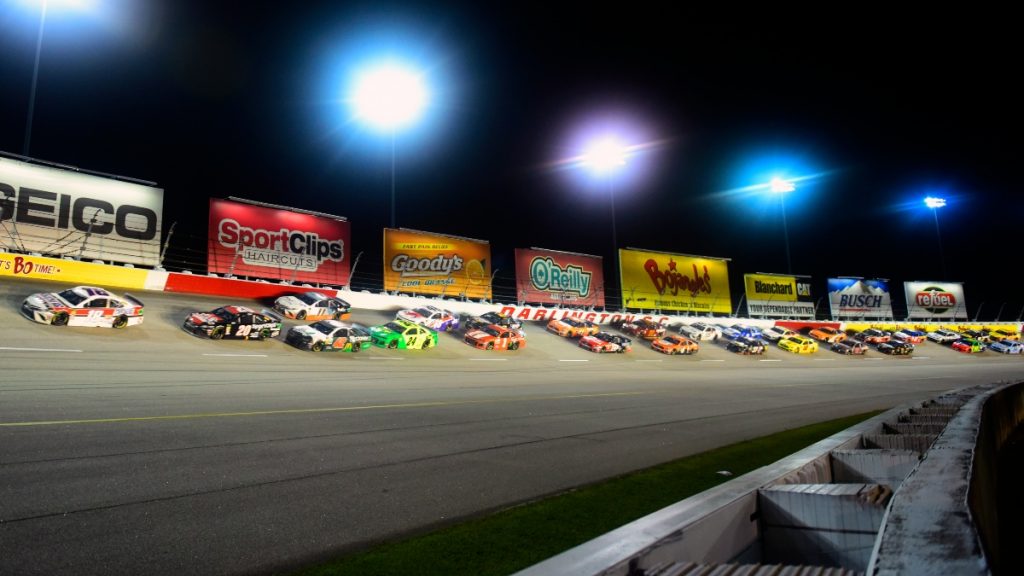 NASCAR announced plans on Thursday for a return to racing beginning on Sunday, May 17, at Darlington Raceway.

The event at Darlington will be the first of seven races over an 11-day span at two tracks throughout May.

Slated to be NASCAR’s first on-track action since the pause due to COVID-19, the Darlington race will be held without fans in attendance. It will be a 400 mile race scheduled for 3:30 pm ET with FOX and MRN broadcasting the event. Another race at the track for the Cup Series will take place three days later under the lights. In between those two races the Xfinity Series will see action in a 200 mile race.

NASCAR Schedule for May

“NASCAR and its teams are eager and excited to return to racing, and have great respect for the responsibility that comes with a return to competition,” said Steve O’Donnell, NASCAR executive vice president and chief racing development officer. “NASCAR will return in an environment that will ensure the safety of our competitors, officials and all those in the local community. We thank local, state and federal officials and medical experts, as well as everyone in the industry, for the unprecedented support in our return to racing, and we look forward to joining our passionate fans in watching cars return to the track.”

There will not be any practice sessions and only the Coca-Cola 600 will have a qualifying session.

NASCAR will mandate the use of protective equipment and health screenings for anyone who enters the facility.

NASCAR still intends to race again at Darlington for the Southern 500 on Labor Day Weekend which would be the opener for the NASCAR Playofffs and plans are to keep the current 10-race postseason format in place.