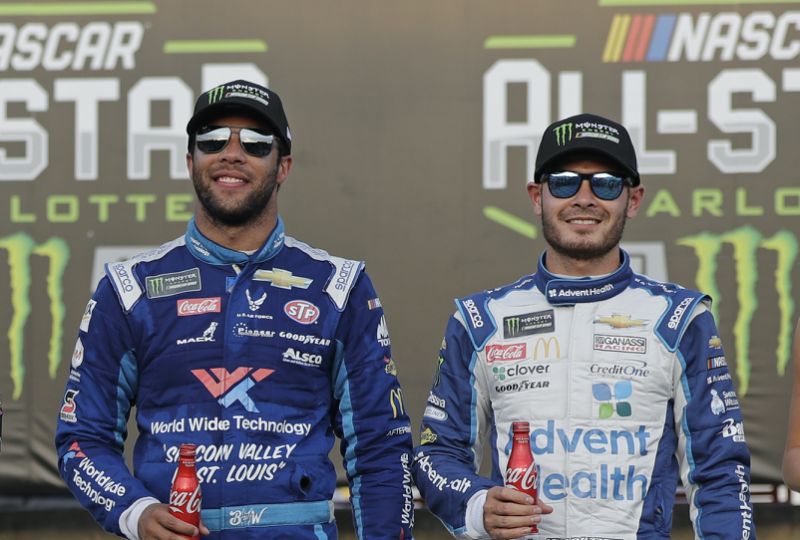 Darrell “Bubba” Wallace released a statement on Thursday condemning Kyle Larson and his use of a racial slur during Sunday’s iRacing charity race.

Wallace spoke about why the use of the n-word was inappropriate and mentioned that he had spoken to Larson since the incident that has caused him to lose sponsors and his seat at Chip Ganassi Racing in the No. 42 car.

NASCAR, like the rest of the sports world, has been postponed during the COVID-19 outbreak but had attempted to keep fans interest by a series of events on iRacing.

Larson appeared to be having some issues communicating on his radio asking “You can’t hear me? Hey (expletive)” to the entire stream of drivers and viewers.

Wallace is the only black driver in the NASCAR Cup Series and drives for Richard Petty Motorsports. Both he and Larson participated in NASCAR’s Drive for Diversity program as they came up through the NASCAR ranks. The Drive for Diversity program was created in the mid-2000s to in an attempt to help more minorities and women make their way through the white male-dominated world of American stock car racing.

Earlier on Thursday, Joey Logano commented on Larson’s firing from CGR after sponsors McDonald’s, Credit One Bank and Fiser all terminated their contracts to sponsor his car.