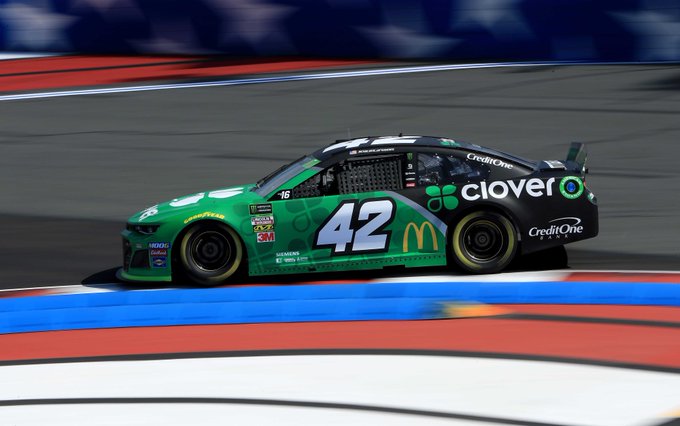 Clover announced Monday evening that it as following in the footsteps of McDonalds and Credit One Bank by terminating its sponsorship of NASCAR driver Kyle Larson.

The decision comes less than a day after Larson was heard using the n-word in an iRacing charity event.

Clover had appeared as the primary sponsor on Larson’s No. 42 Chevrolet in 12 races between 2018-19.

The following statement was released by Fiserv in regards to their contract with Larson.

“We denounce the language used during Sunday’s iRacing event. We support the actions taken today by NASCAR & the Chip Ganassi Racing Team, and are terminating our sponsorship of Kyle Larson.”

Lucas Oil and Chevrolet have both suspended their involvement with Larson who has been also been suspended indefinitely by NASCAR and is currently suspended without pay by Chip Ganassi Racing.