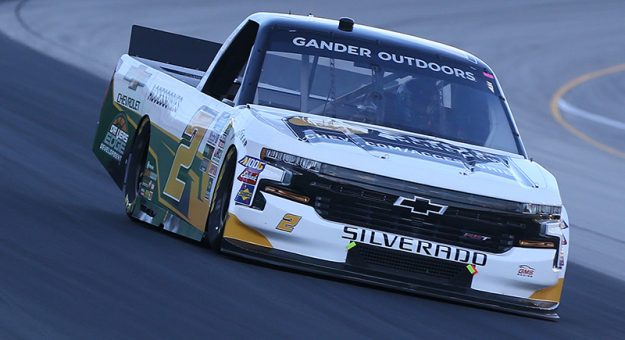 Chad Norris has been named crew chief for Brett Moffitt and the No. 23 Chevrolet team, Chad Walter will lead Tyler Ankrum and the No. 26 team, Kevin “Bono” Manion will call the shots for Zane Smith, who will drive the No. 21 entry, and Jeff Stankiewicz will remain as the crew chief for the No. 2 team piloted by Sheldon Creed.

Norris has been with the Statesville, N.C.-based organization for two years. He led GMS Racing to their first NASCAR Xfinity Series win with Spencer Gallagher at Talladega Superspeedway in 2018. The Iowa native has experience in all three NASCAR Series and has called the shots for many successful drivers such as Carl Edwards, Matt Kenseth and Mark Martin. Most of his experience came in the Xfinity Series where has called the shots for 23 different drivers and has accumulated four wins, 39 top fives, 132 top 10s and five poles.

Walter, who served as an engineer for Ankrum last year, will step up to lead the team. Walter is no stranger to the crew chief role, he has served as a crew chief in seven Cup Series and 208 Xfinity Series events since 2005 for Jimmie Johnson, Kyle Busch, Dale Earnhardt Jr. and many others. In 208 Xfinity Series starts he claimed five wins, 42 top fives, 101 top 10s and eight poles.

Stankiewicz will remain as crew chief for Sheldon Creed after the team hired him on partway through the 2019 season. The duo accumulated seven starts, two top fives, four top 10s, and led 36 laps. In 2018, Creed won four races and earned 11 top-five, 12 top-10 finishes and three poles with Stankiewicz atop the pit box en route to the 2018 ARCA championship. Stankiewicz was previously with GMS Racing from 2015-2017 and led the team to an ARCA Championship in 2015 with Grant Enfinger.

“All four of our teams have veteran crew chiefs to lead the way and I don’t think we could get a better group,” said Mike Beam, President of GMS Racing. “All of them have the knowledge and experience to lead each of their teams to success this year and I am excited to see what they can do.” 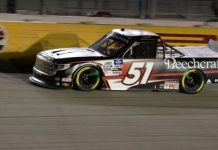