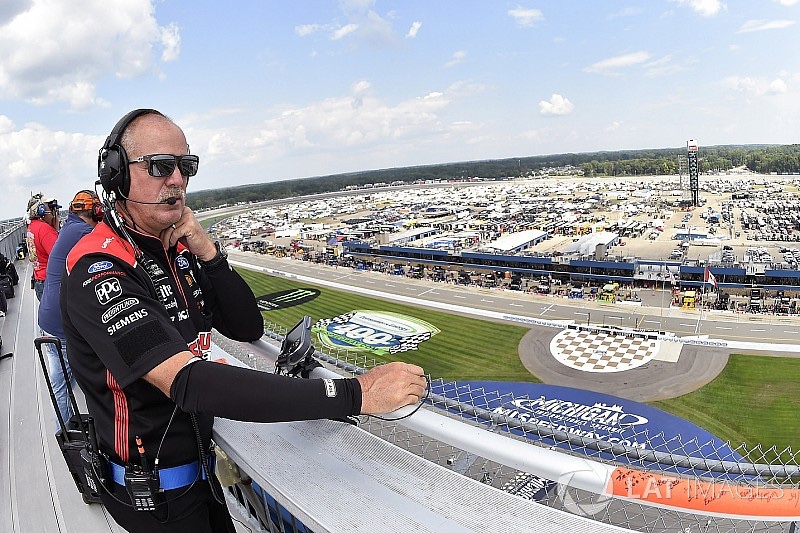 Joey Meier has made the decision to step away from the NASCAR spotters stand.

Meier, who haf been spotting for Paul Menard, is best known for his time as the eyes of Brad Keselowski in the No. 2 car.

“All good things must come to an end” Meier (pictured above) wrote. “My ‘good thing’ for the past 23 years has come to an end … my choice this time.”

Meier is leaving NASCAR to focus soely on fkying planes.

“NASCAR was in my life WAY before Aviation, but flying is my profession,” Meier wrote. “NASCAR was just a huge bonus. I’ll leave knowing I always tried my best (Thx to Big E and Pops) … being a small part of Wins and Championships, in all 3 series. … BUT it was more about being a part of a TEAM, thru thick/then, winning/defeat/flying/spotting, I cherished being part of THE TEAM. I will miss that. But that’s OK.

“I’m excited about my new team & a new cockpit. Thank you for following along. Keep it up. I’ll stay busy keeping the “BLUE SIDE UP” from here on out, I promise.”

Meier spotted for Keselowki from 2006 thru 2018 and was part of the Penske Racing chanpionship team. Other drivers who won titles with Meier helping guide them on track were Ron Hornaday Jr. and Dale Earnhardt Jr.