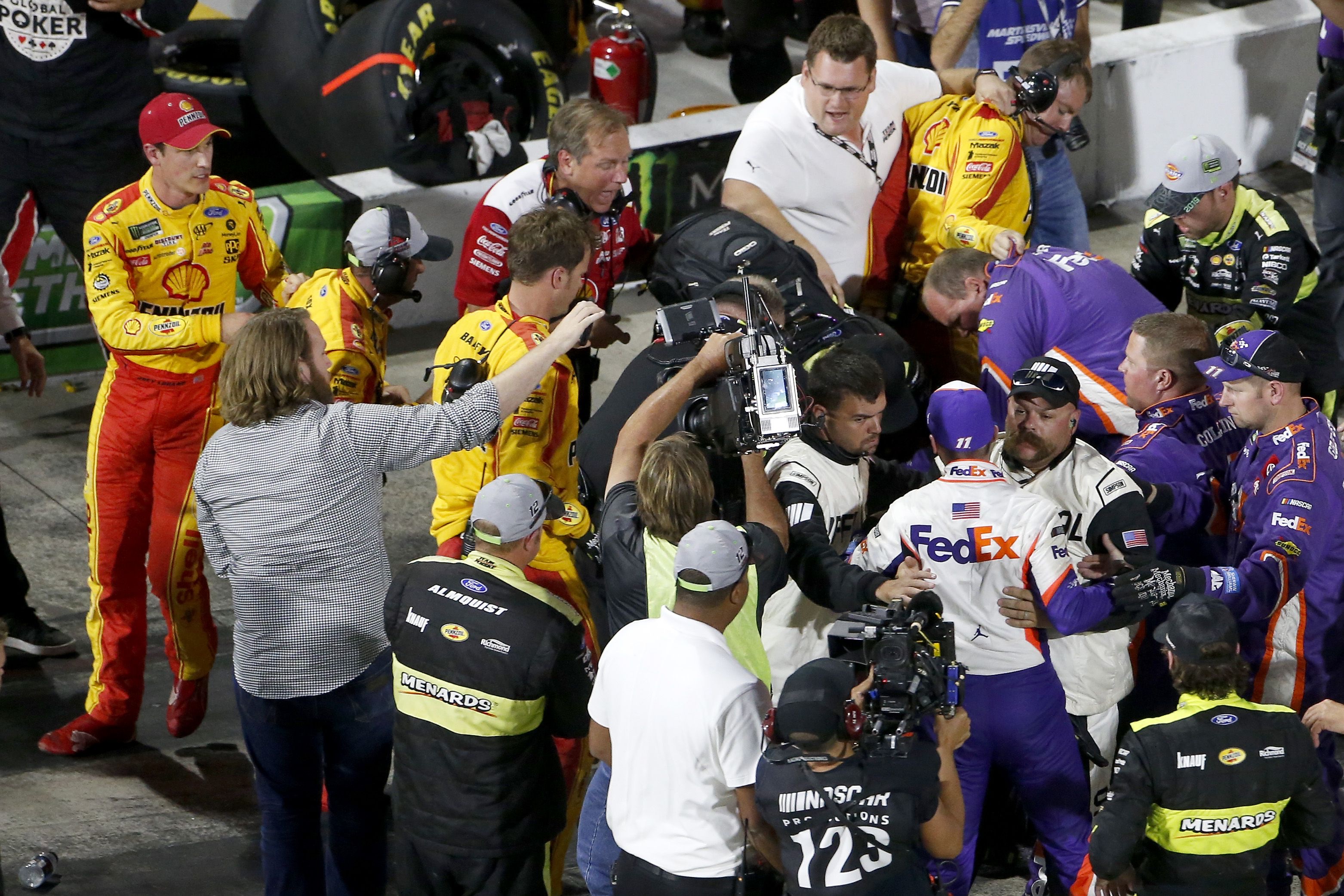 NASCAR has suspended Team Penske crew member Dave Nichols Jr. one race for his role in an altercation on pit road Sunday between Joey Logano and Denny Hamlin following the First Data 500 at Martinsville Speedway.

Nichols, a tire specialist, can be seen throwing Hamlin to the ground after Logano pushed him.

Logano’s crew chief, Todd Gordon, said that Nichols was trying to help separate Logano and Hamlin but did so too forcefully.

“The direction that our organization has is separate drivers,” Gordon said Monday on SiriusXM NASCAR Radio. “We don’t want to have drivers beating on each other.

“Unfortunately, in this situation that happened there, the separation was with too much power afterwards and I don’t think the crew member … he was trying to separate the drivers and did so with probably more force than he anticipated and he’s regretful of that.”

Late side-by-side racing between Logano and Hamlin resulted in contact with the way for the former. Logano went to speak to Hamlin following the race and shoved him as he was leaving which started a skirmish on pit road.