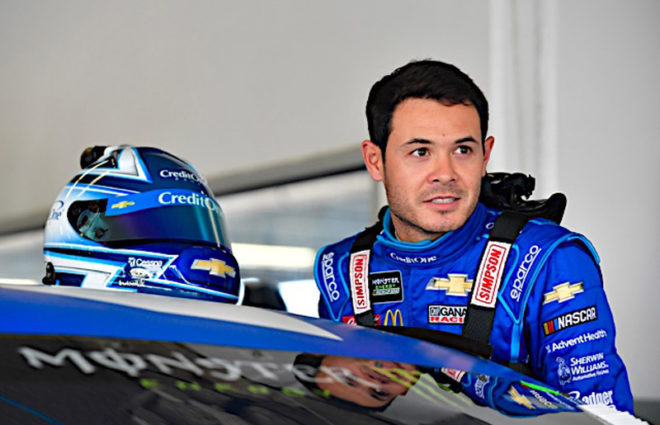 Kyle Larson says he feels a little more comfortable in the car this weekend at Martinsville after finding out he has a broken rib.

The injury to Larson occurred in an Oct. 14 crash at Talladega Superspeedway. After competing at Kansas, Larson has X-rays this past week which revealed a lower rib fracture.

“It still hurts,” Larson told reporters Saturday afternoon at Martinsville Speedway. “I modified my seat quite a bit this week. I feel good in the car this week (at Martinsville) because the G forces, you don’t really have any. My ribs feel fine in there. Maybe at Texas (next weekend), they’ll feel a little worse. Just something I’m kind of going to have to deal with the rest of the season. Stinks but we’ll get through.”