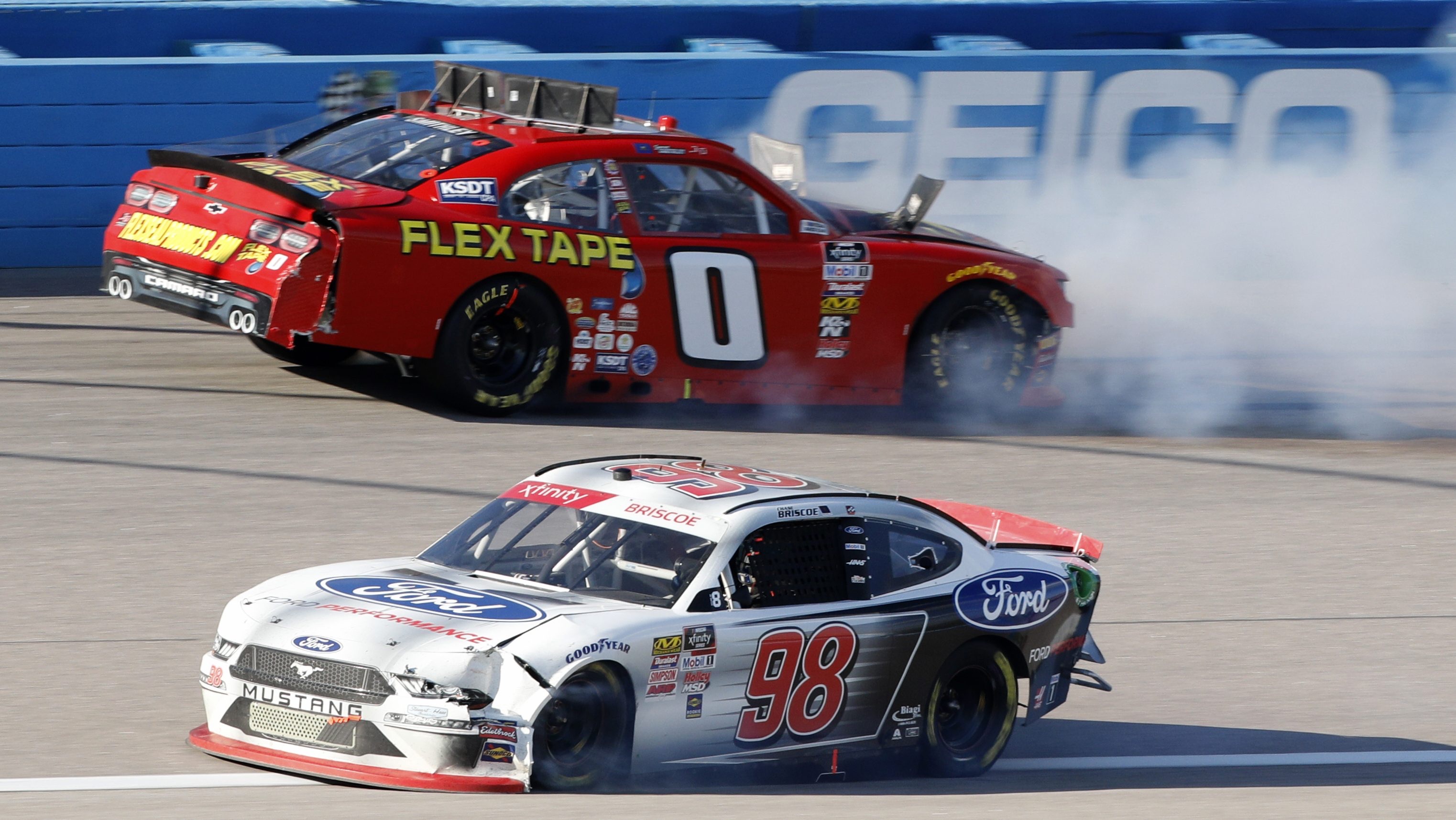 For the second time in a month, Garrett Smithley found himself in the way of a faster car in the racetrack.

On Saturday during the Xfinity Series race at Kansas, Smithley got in the way of race leader Chase Briscoe setting off a race altering incident which also collected Christopher Bell.

“I just didn’t get the memo that he was coming,” Smithley said of the leaders. “(Spotter) Freddie (Kraft) usually does a good job, he always does a good job. I’m sure it wasn’t his fault. Something didn’t get transmitted or what. I glanced up. David Starr was back there. I was just riding. We were on like 70-lap tires just riding not even pushing hard. I hated it.”

Smithley contends he’s was just out running his line trying to finish the race.

“I was running my line. If I had known he was back there, I wouldn’t have even done that. I was just riding. I was on 70-lap tires, not even pushing it. Just stupid mistake. I hate that it happened. I hate it for everybody that got involved. I do not want to be that guy by any means. I’ve never been that guy. I hate that that happened.”

Despite this incident and one that saw Kyle Busch run into him weeks ago, Smithley is not concerned with being labeled a trouble maker.

“No. What happened at Vegas happened. People spoke and most people were on my side. It was a mistake. People forget how hard this stuff is. Things happen in a split-second decision. Like I said, I didn’t know he was up there. I glanced up and didn’t see him and ran my line and that was it.”