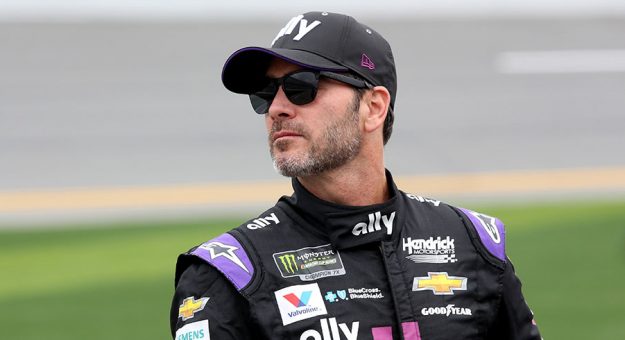 Jimmie Johnson knows sooner or later team owner Rick Hendrick is going to ask him about his future driving in the NASCAR Cup Series.

“I’ve got to start spending some time on it first and foremost, because in the next four to six months, Rick is going to start asking me,” Johnson told NASCAR on NBC’s Jeff Burton in an exclusive sitdown interview. “I know it’s out there.”

Johnson’s current contract expires at the end of the 2020 season.

“He’s hinted,” said Johnson, who turned 44 last month. “He hasn’t put the true pressure on me yet. I’m very thankful to have Rick as an owner and to be in this position with Ally that, ‘Hey look, we’re going to (sponsor the car). We want you as long as you want to drive.’

“I don’t think many drivers get that opportunity. So I’m so thankful for that. I want to keep racing. I’d like to not race 38 times a year at some point in the next couple of years. I love racing in general. I love our sport. I want to be involved in our sport. I also love other types of racing. I’ve got to balance family, the schedule and then some other goals that I have to complete in other series, too, at the same time and make a decision on all that within four to six months.”

Johnson has 83 career wins but missed the playoffs this year for the first time since their inception in 2004.