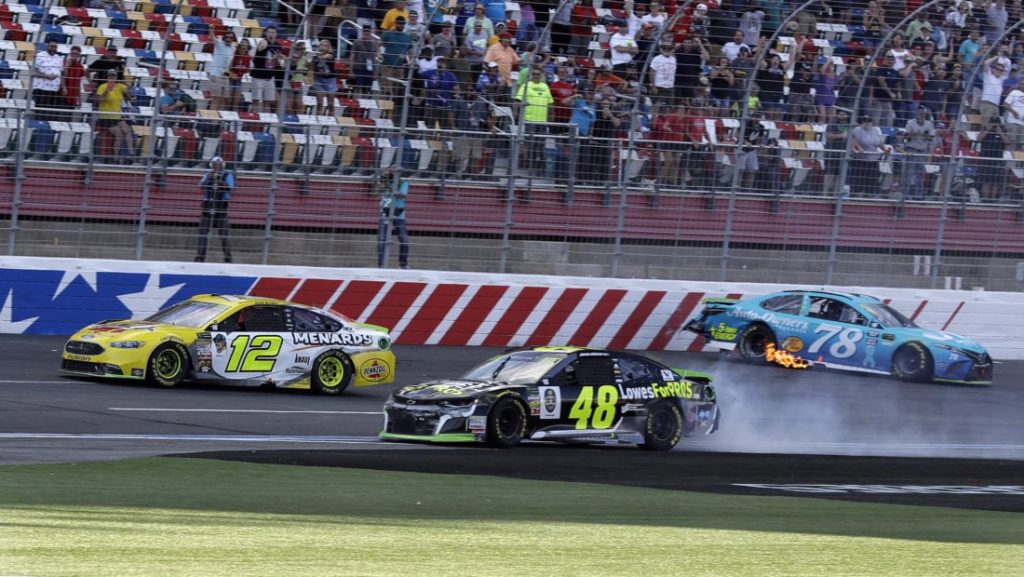 The final race of the first round of the Monster Energy NASCAR Cup Series playoffs takes place this weekend at Charlotte Motor Speedway on the Roval. With four drivers to be eliminated following the second running of the Roval, the MENCS playoffs will shrink to 12 contenders. The Xfinity Series joins the Cup Series for the weekend.

A year ago Ryan Blaney took a trip to victory lane after contact between the two lead cars left him in line to the checkers first.

The weather figures to be nice for Charlotte this weekend. Temps will be in the 90’s peaking at 94 on Sunday with clouds also providing some breaks for fans and crews.