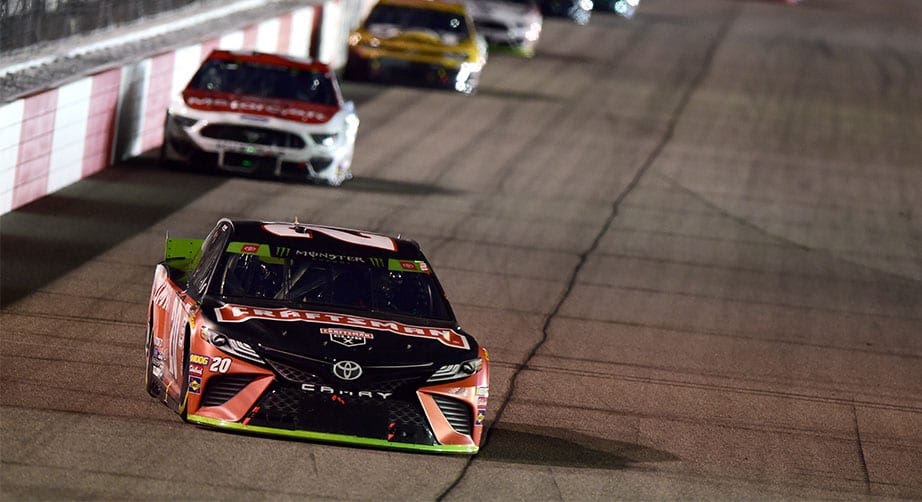 After initially being credit with a fourth place finish behind teammates Martin Truex, Kyle Busch and Denny Hamlin the driver of the No. 20 car is now credited with a 38th place finish.

Jones is 44 points behind the cutoff line for advancement into the Round of 12.

Jay Fabian, series director, said that Jones’ car failed its pass through the Optical Scanning Station and the issue dealt with the car’s rear-wheel alignment. He indicated inspectors did not find a part designed to fail to gain an advantage during the race.