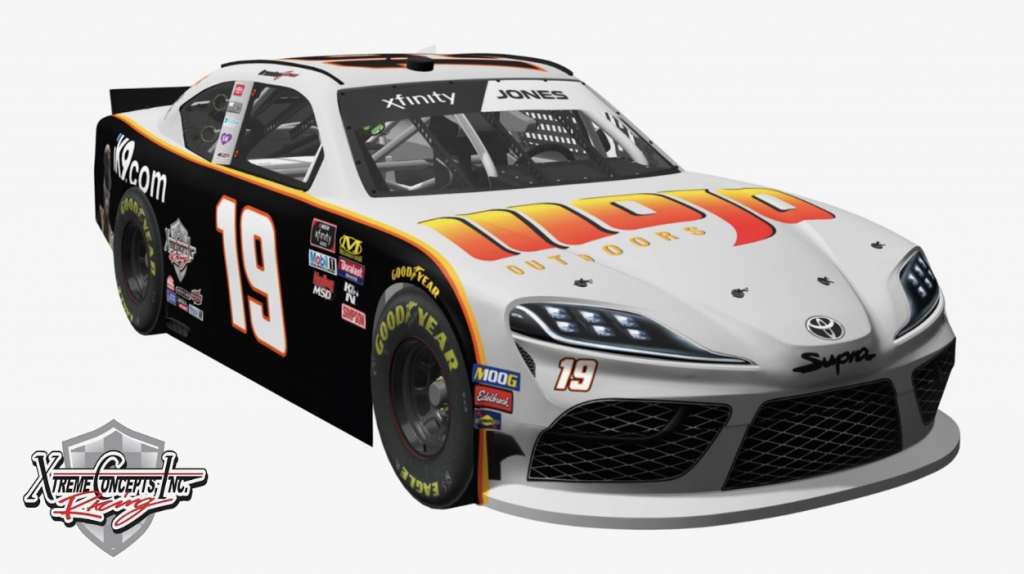 Brandon Jones and Xtreme Concepts Racing will be driving in style at Darlington Raceway this weekend, as the Joe Gibbs Racing No. 19 iK9 Toyota Supra sports a Buddy Baker-inspired throwback scheme. XCR and iK9 are teaming up with MOJO Outdoors to pay tribute to the late racing legend and his iconic “Gray Ghost” paint scheme.

Baker made the “Gray Ghost” famous by winning the pole in the 1979 Daytona 500, the first NASCAR race to be televised from flag-to-flag. The car immediately became a fan-favorite for many as it made NASCAR’s “Gentle Giant” into somewhat of a boogeyman to fellow racers. The paint job made Baker’s ride into a ghost on the track, sneaking up on competitors as it often blended in with the pavement. The racecar became such a pain for opponents that some made their complaints heard until David Munari, the original “Gray Ghost” fabricator, was forced to add pink day-glo numbers to the car to make it more visible.

“The independents complained that the car came up on them so fast they didn’t have time to react,” Munari told Motorsport.com. “The car was a rocket ship. And Buddy Baker was, in my opinion, the best to ever drive at Talladega or Daytona. With Buddy, it was magical.” 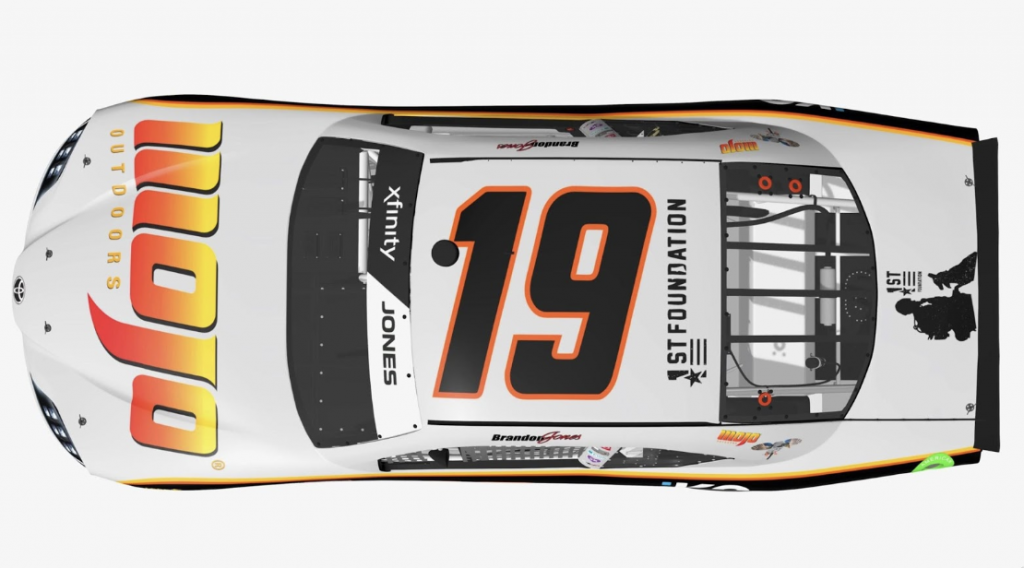 Over a 33-year career, Baker won 19 races in 700 starts, including the 1980 Daytona 500. After retiring, Baker became a television commentator and personality, where he talked racing from 1991-2015 before resigning due to his battle with inoperable lung cancer. Baker passed away on August 10, 2015, and the sports world lost one of its most iconic names.

In honor of Baker, the “Gray Ghost” will return to the racing world on August 31 in XCR and iK9’s loving homage. Jones will get behind the wheel of the No. 19 Supra in the Sport Clips Haircuts VFW 200. The Labor Day weekend race at the “Lady in Black” will serve as Jones’ 24th entry in the 2019 Xfinity Series season. So far, Jones has racked up nine top-10 finishes, with his season’s best coming in third earlier this year at Daytona. Last weekend, Jones finished 16th at Road America.

“I am honored to have the privilege to drive the historic ‘Gray Ghost’ paint scheme this Labor Day weekend at Darlington Raceway,” Jones said. “Very few cars get a nickname that becomes iconic, but this one has and Xtreme Concepts made this one happen for our 19 team.” 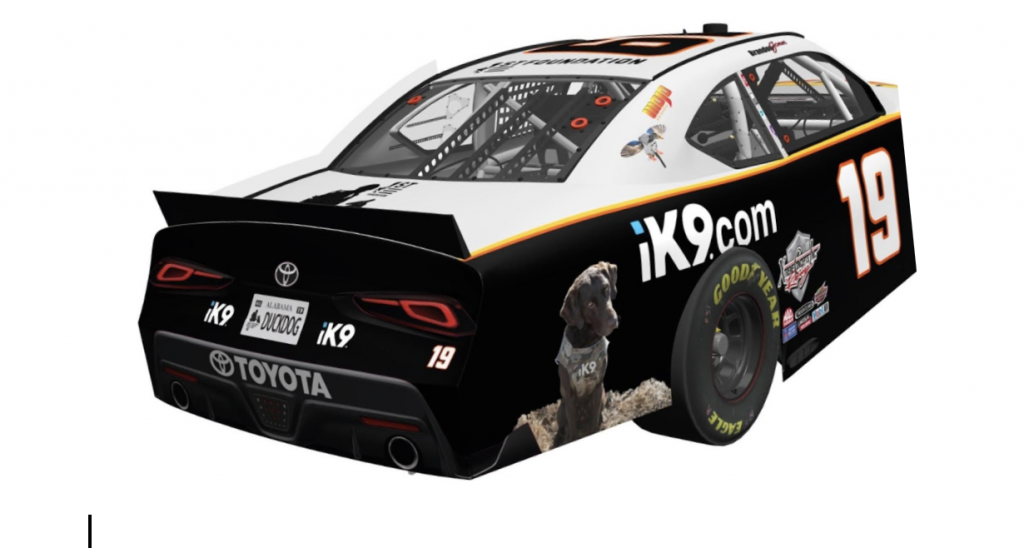 This weekend will be Jones’ first time back at Darlington since finishing 12th in the same event last year. Now driving with the legendary Baker scheme, Jones hopes to find a win at the “Track Too Tough to Tame” this time around.

Terry Denmon, President & CEO of MOJO Outdoors, also has high hopes for the weekend’s race and is eager for fans to see the car in action.

“We’re excited to be teaming up with Xtreme Concepts and JGR on the MOJO IK9 ‘DUCKDOG’ car for Brandon Jones,” Denmon said. “We are proud to be one of the few hunting brands to help support NASCAR and its fan base.”

As the sport continues to evolve with each passing year, it is more important than ever to remember those who helped make racing into the exciting experience it is today. Baker was a truly beloved driver and commentator who will always remain a hallmark of NASCAR’s storied past.

Although the void left by losing one of racing’s most loved icons will always remain, some comfort can be found in one of Baker’s final wishes.

“Do not shed a tear. Give a smile when you say my name,” Baker told the world less than a month before his passing.

By featuring the iconic “Gray Ghost” scheme this weekend, Jones and the XCR team hopes to remind the world of Baker’s lasting legacy and inspire new generations of drivers to follow in the large footsteps of NASCAR’s “Gentle Giant.”