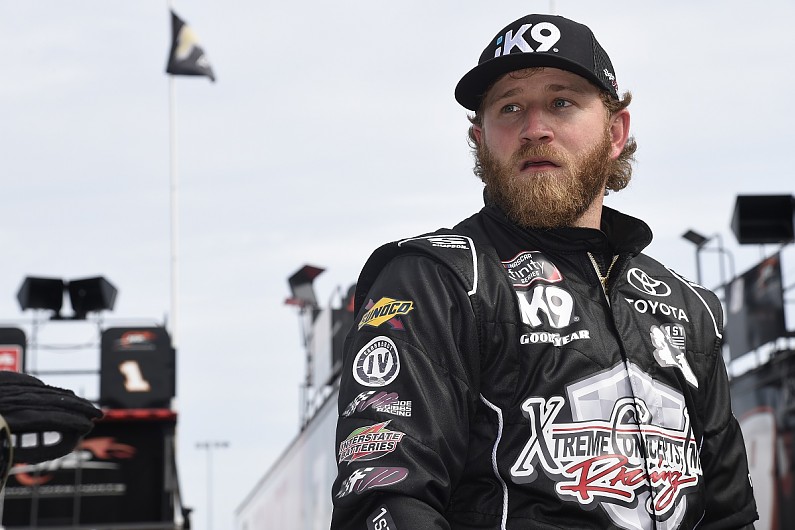 Jeffrey Earnhardt revealed on Tuesday that iK9 and himself had parted ways.

Fans initally took this as a sponsor led decision. However, iK9 is now responding back on social media to fans instructing them to ask Earnhardt adding that he made the decision to cancel their contract.

iK9 has responded to multiple fans asking about information about their partnership with Earnhradt. One reply from the company reads “You would need to ask Jeffrey. His lawyer requested his contract to be canceled. We expected and moved to do the best for our organization. We wish Jeffrey the best of luck, he hopefully will have big news in the future to tell us all.” 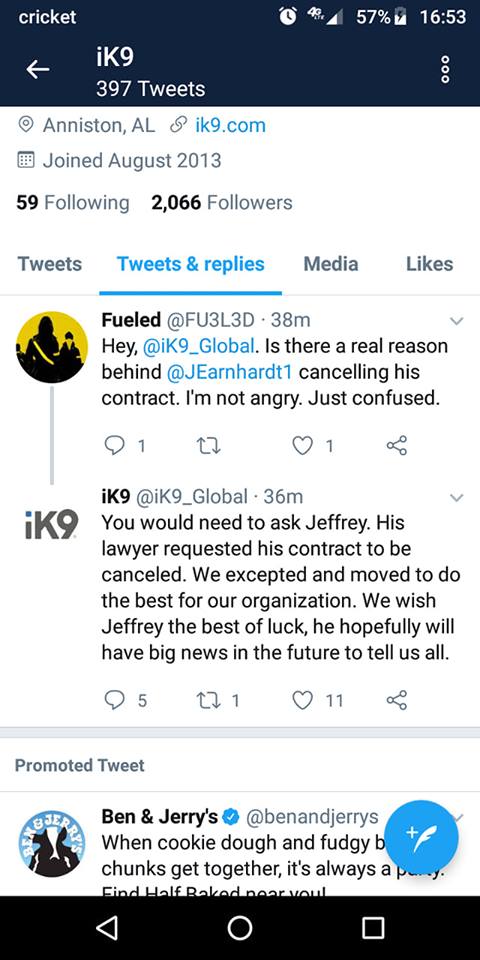 Six of Earnhardt’s seven Xfinity Series race this season have come in the JGR No. 18 Toyota, with an additional start coming for Xtreme Concepts in the iK9 sponsored No. 81 Toyota.