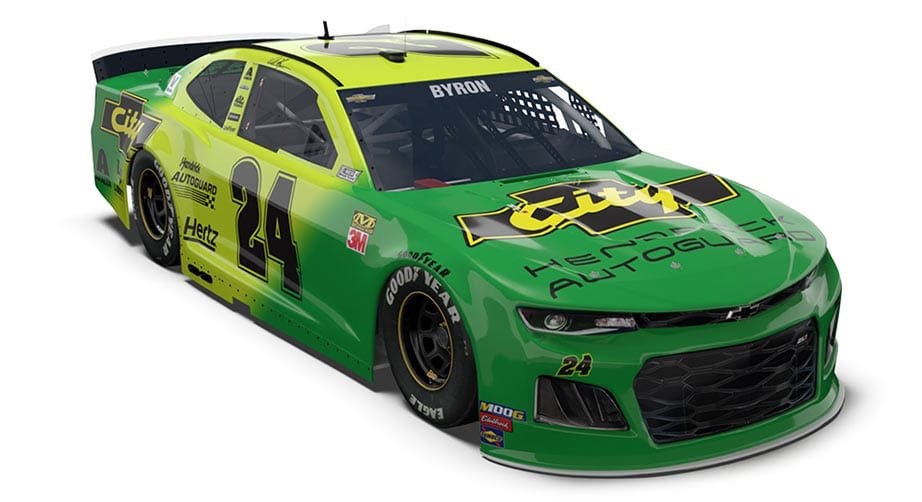 The annual Darlington throwback race has a new entrant.

William Byron will honor the No. 46 car of Cole Trickle from the movie Days of Thunder.

Appearing with crew chief Chad Knaus, the No. 24 Chevrolet was unveiled to have have Trickle’s green and yellow scheme. Ironically the No. 24 could have had that No. 46 if not for some licesing issues that existing because of rhe movie which resulted in Jeff Gordon’s number being No. 24.

“Loose is fast and on the edge of out of control”