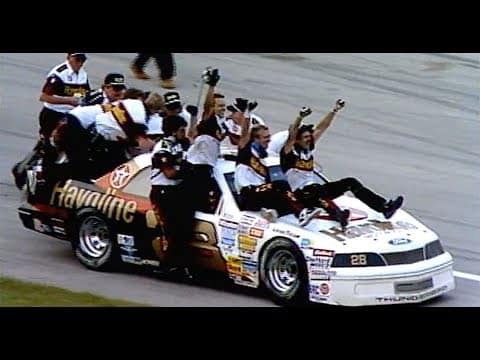 When Davey Allison captures his first Monster Energy NASCAR Cup Series win in 1987 his crew members took a ride on the No. 28.

On Saturday night at Kentucky Speedway former crew chief Larry McReynolds was on hand to give the command to start engines.

When the Quaker State 400 was over it was Kurt Busch taking the checkered flag to which his crew hoped upon the No. 1 car recreating the image. 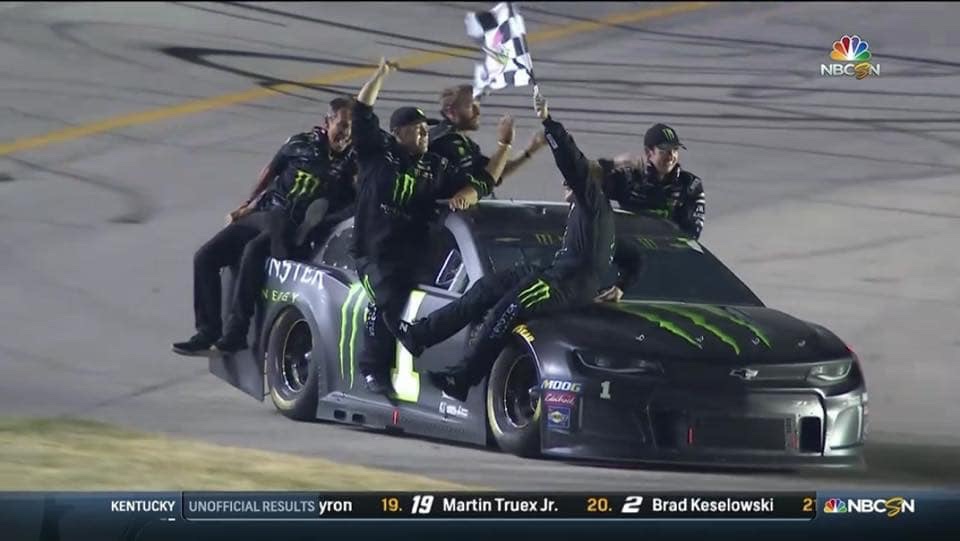