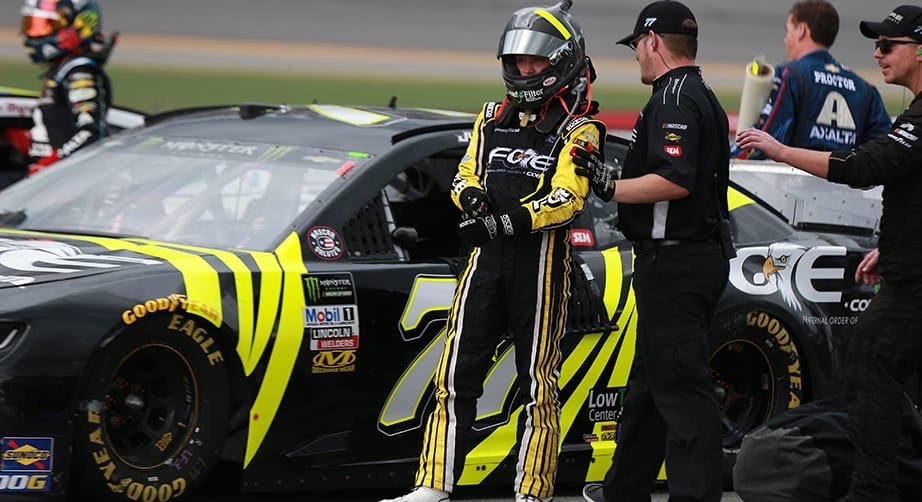 Not everyone was happy with the way the Coke Zero Sugar 400 ended on Sunday.

Rain forced the race to be moved from Saturday night to Sunday afternoon and weather ultimately resulted in Justin Haley being declared the winner.

Kurt Busch pitted under caution one lap before the race was to return to green. Lightening then was seen at the track and the red flag came out. The race never restarted leaving Haley’s No. 77 Chevrolet as the winner.

Haley was making just his third Monster Energy NASCAR Cup Series start. The 20-year-old finished second in Friday’s Xfinity Series race and had a win taken away from him in that series a war ago after it was ruled he passed under the yellow line.

Fans were not the only people bewildered by the turn of events that saw a full-time Xfinity Series driver who was running in equipment typically seen at the back of the pack somehow end up with the trophy. 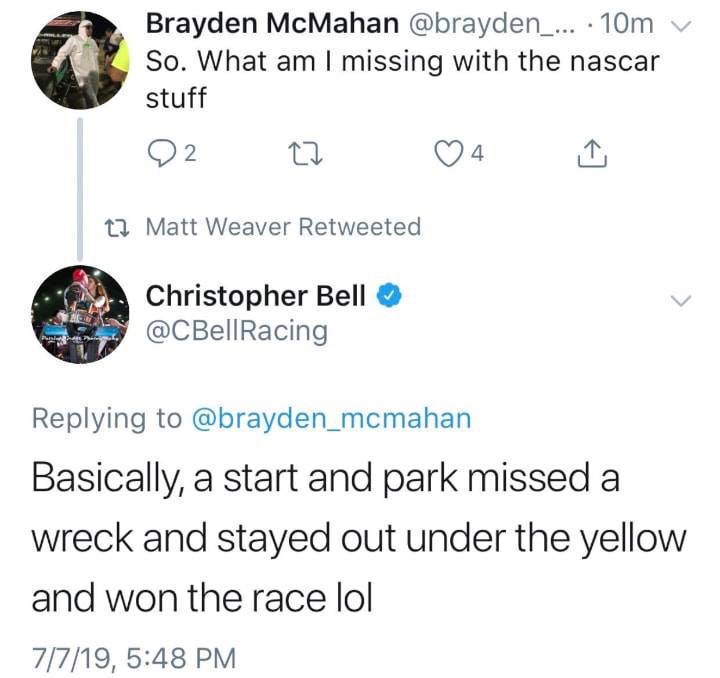 Christopher Bell, one of Haley’s peers in the Xfintiy Series, took a shot at the results. Bell summed up the race in a tweet saying “Basically, a start and park missed a wreck and stayed out under the yellow and won the race lol.”

Bell has four Xfinity Series wins this season and is coming off a 2018 season that saw him win seven Xfintiy Series races while finishing fourth in the point standings. Despite all those accolades it is unclear which series Bell will be driving in 2020 even after agreeing to a one-year extension with Joe Gibbs Racing. Rumors persist that he could replace Erik Jones in the No. 20 car in the MENCS.