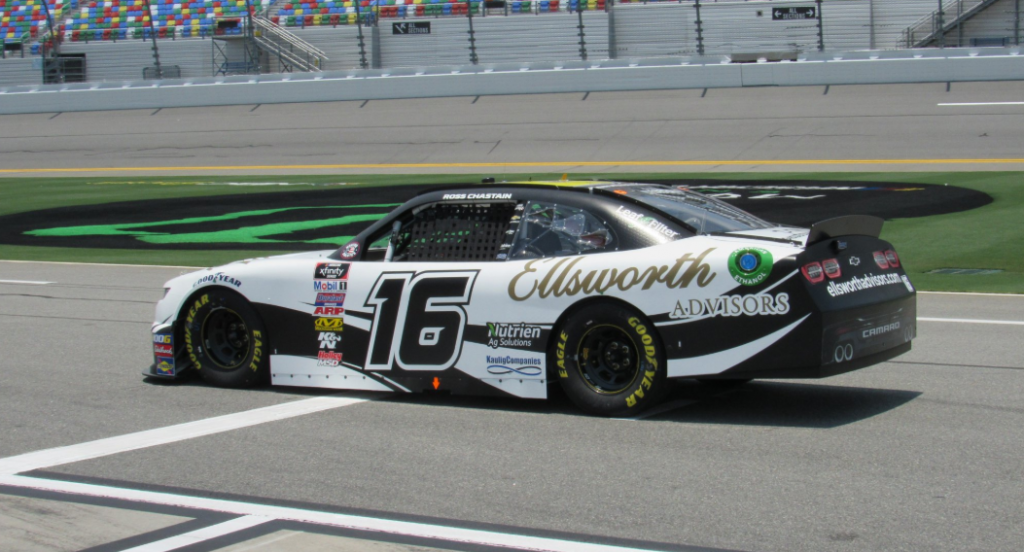 After rain delayed the event almost two and a half hours, Tyler Reddick led the field to the green flag at 10:10 pm ET. AJ Allmendinger, Ross Chastain and Michael Annett quickly led laps as Reddick faded back in the pack prior to a caution coming out when Brandon Jones hit the car of Caesar Bacarella resulting in damage to Austin Cindric’s ride.

Chastain would win the first stage of the race. In stage two Reddick would lose a left rear tire making contact with Chase Briscoe and then taking what could only be described as a bath in the infield. Allmendinger, running his 12th Xfinity Series race, would win the second stage but Justin Allgaier would lead to start the third stage after taking no tires on his pitstop after stage two.

Eleven cars were involved in an incident early in stage three. Reddick was the only contender to be part of the incident and his damage was minimal. On the ensuing restart Riley Herbst would spin but no caution would come out as Justin Haley would challenge Chastain for the lead. The red flag would come out after Annett bumped Reddick and was then turned by Christopher Bell which resulted in a barrage of cars behind them being collected in a wreck. Despite spins by Allgaier and Shane Lee the race remained green with five to go. Reddick was forced to pit road ending his chances of victory as Haley chased Chastain for the win with three to go. The Kaulig racing teammates were joined by Allmendinger for a 1-2-3 sweep of the top three spots.

Chastain smashed and then ate a watermelon at the start finish line after winning the race.