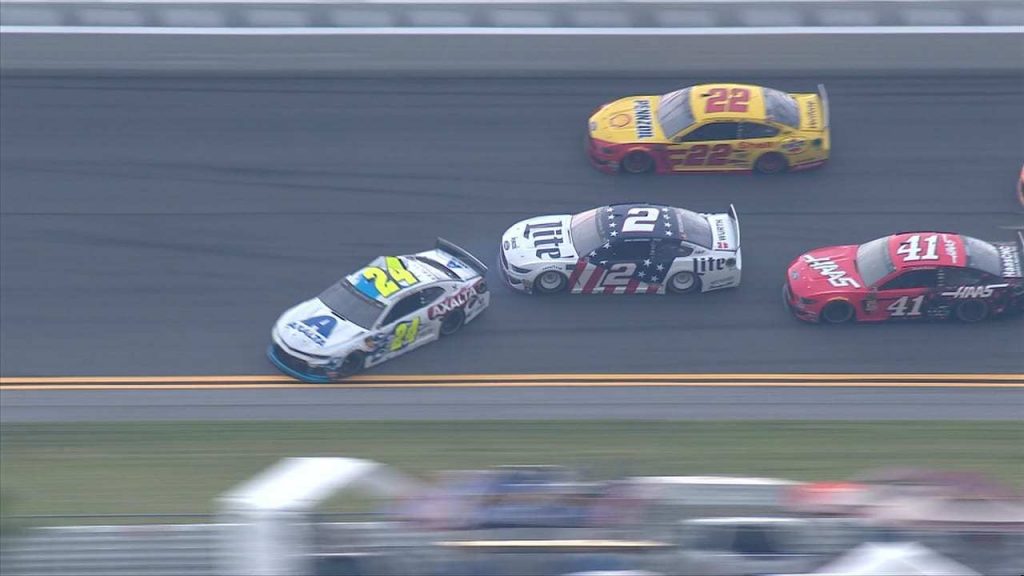 A day after Brad Keselowski let the Monster Energy NASCAR Cup Series field know he was tired of bad blocks, William Byron says he received an apology from the driver of the No. 2 Miller Lite Ford Mustang.

Byron was on the receiving end of Keselowski’s wrath during Thursday’s final practice for the Coke Zero Sugar 400.

Byron believed that Keselowski could have handled the situation better after the No. 24 team had to pull out a backup car.

“It would’ve been more professional to just come talk to me about what was wrong, instead of tear up a race car and make my guys have to bring out a backup and have to work all the way through last night and show up early this morning and work even more,” Byron said. “I don’t think that’s the way to handle it, so that’s the unnecessary part for me.”

On Saturday Byron will attempt to do what his Hendrick Motorsports teammate Alex Bowman did a week ago in Chicagoland, find victory lane.

“It doesn’t bother me because I’m driving the car at the end of the day, and I still have an opportunity to do that and my team backs me,” Byron said. “The confidence that comes from my team to know that they support me is all that I need. I think I’ve said this other times, but I don’t care to have him as a friend or anything, and I don’t really need other people’s approval. So I can still have a clean race car to go race on Saturday and hopefully win the race.”