We don't know how @WilliamByron kept it going straight. pic.twitter.com/7rhiYQ401p


Brad Keselowski let the field know a year ago that bad blocks would lead to wrecks. On Thursday during final practice for Saturday’s Monster Energy NASCAR Cup Series race at Daytona the driver of the No. 2 Miller Lite Ford Mustang delivered on that promise.

.@keselowski with a message for the field after being collected in The Big One. #CokeZeroSugar400 pic.twitter.com/KWniinGOj6

Keselowski made contact with the No. 24 Chevrolet Camaro of William Byron forcing the second year driver to a backup car. 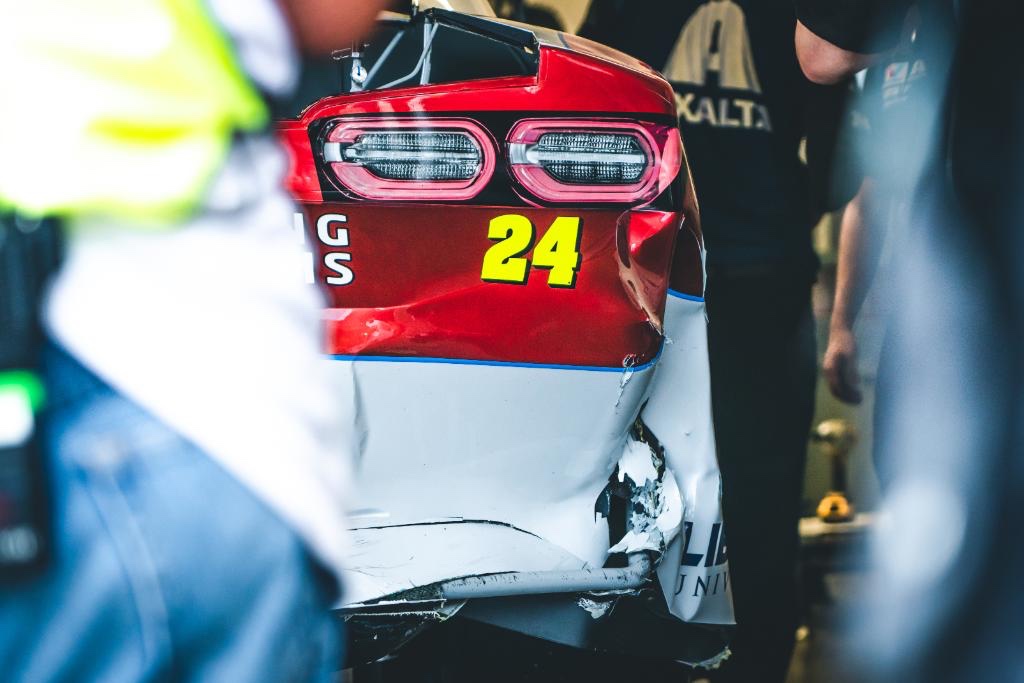 Asked about the incident, Keselowski so she hated that Byron’s crew had to work on their car but finished the interview saying “I’m trying to send a message. I’m not lifting.”