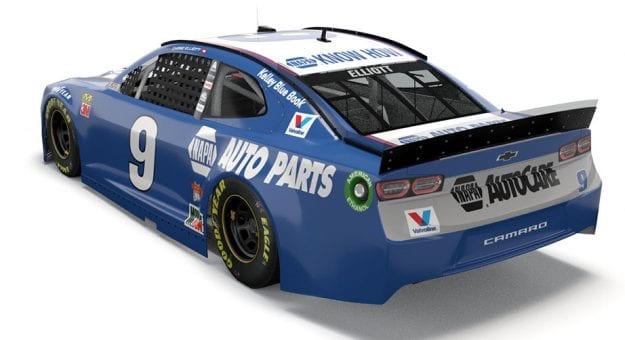 Hendrick Motorsports driver Chase Elliott has been inspired by father Bill Elliott for his entire life. It should come as no surprise, then, that one of his father’s paint schemes influenced the No. 9 team’s Darlington throwback paint scheme this yar.

The announcement came four days before Father’s Day, fitting as this scheme has three generations of Elliott involved.