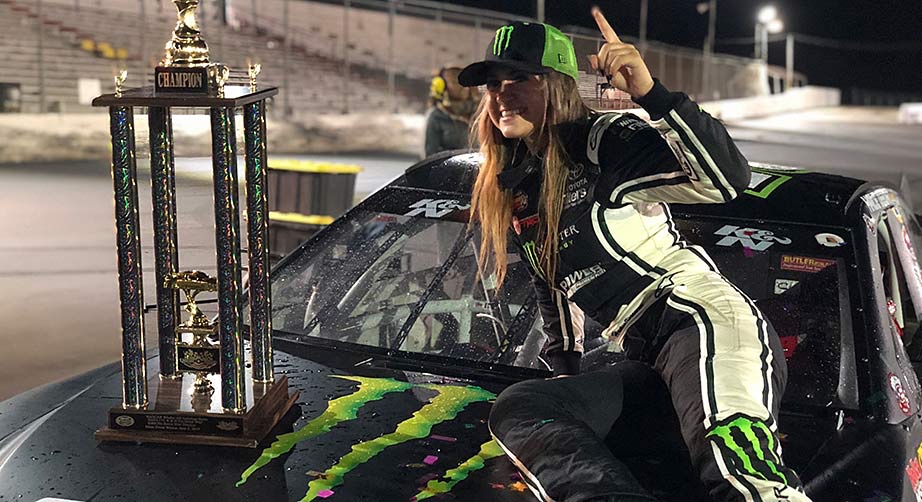 In a two lap race to the finish teammate Derek Kraus was able to get pass Deegan but when the drivers got to the final turn of the race it was Deegan who bumped Kraus sending him around.

After a review by officials Deegan was declared the winner.

“That was probably the scrappiest race I’ve ever ran,” Deegan said. “Everyone was beating and banging doors from the start.

” … We went out there, (and) we ran our hardest race. In the end, Derek ran me hard right there so I was gonna run him hard back. In the end that’s racing. … In the end, I got the win and that’s all that matters.”