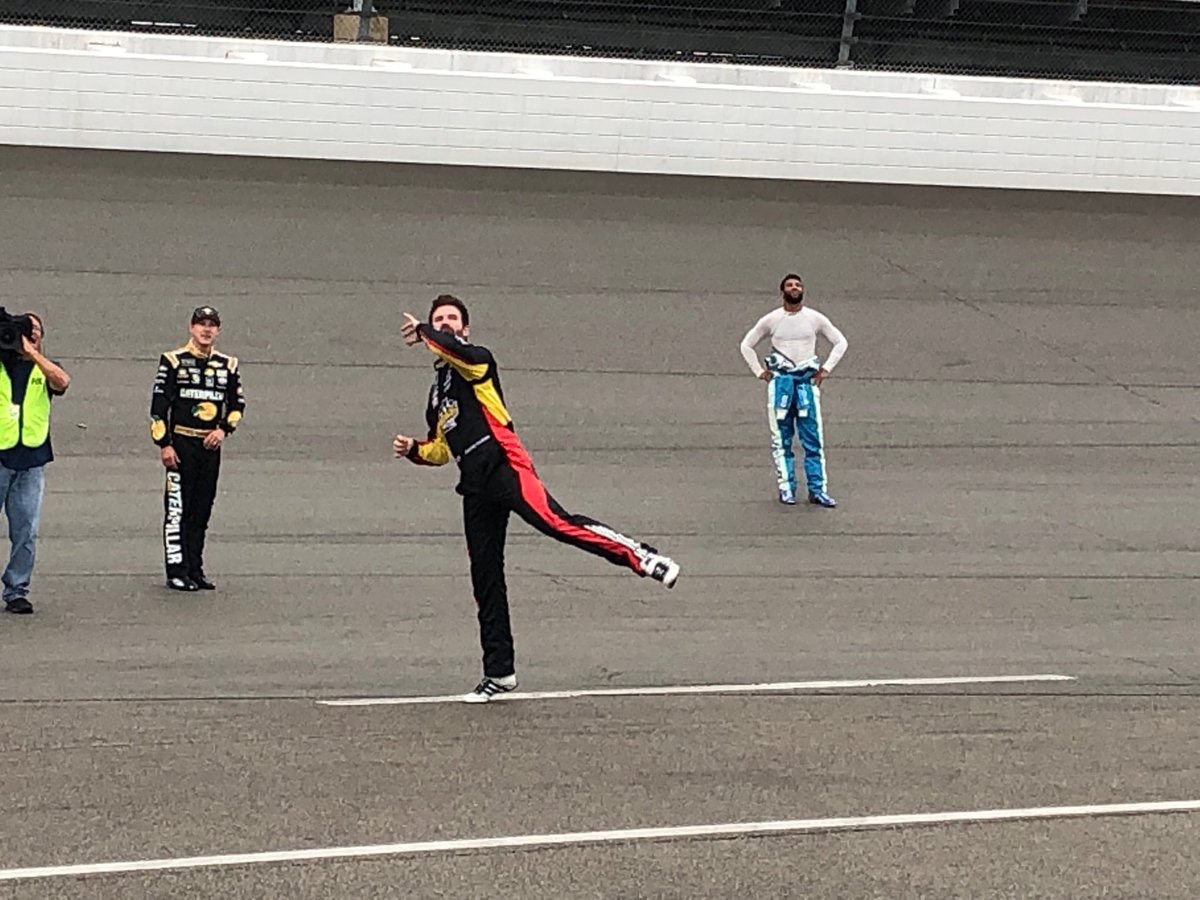 During the rain delay which has prevented the Monster Energy NASCAR Cup Series race at Michigan International Speedway from getting under way two drivers took time to play a game of catch with the fans.

Corey LaJoie and Bubba Wallace tossed the football with fans while waiting to get back in their cars for the start of the FireKeepers 400.

NFL (NASCAR Football League)@BubbaWallace and @CoreyLaJoie throwing with fans is the best way to spend a rain delay. pic.twitter.com/5fhqI3BSUL

With the track still wet the race has now been delayed until 5 pm ET Monday.