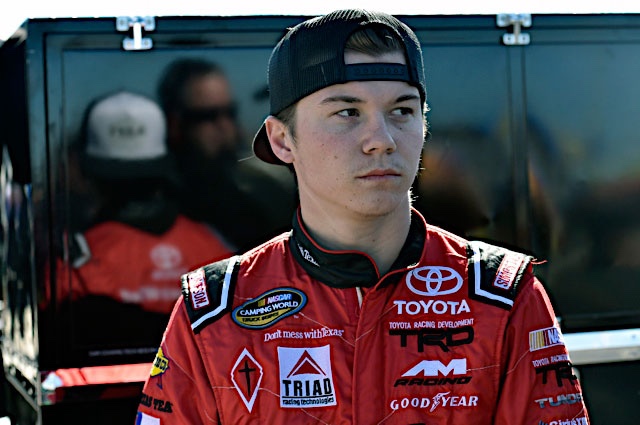 NASCAR Gander Outdoors Truck Series driver Austin Wayne Self has been suspended indefinitely by NASCAR for violating the sport’s Substance Abuse Penalty (SAP) policy, covered in the Behavior category of Sections 12.1 and 19 of the NASCAR Rule Book.

Self, 23, has 66 starts in the NASCAR Gander Outdoors Truck Series, with a career-best finish of second place in the 2017 at Daytona International Speedway. This year Self has made three starts with a best of 15th at Las Vegas.

Bubba Wallace has driven the No. 22 truck at Martinsville and Texas.

A team spokesman for the fanily run team issued the following statement:

“AM Racing respects NASCAR’s decision and will follow their direction. We expect Austin Wayne Self to return to the seat as quickly as possible. AM Racing will continue to operate as normal with a determination of a driver lineup set in the coming weeks. We expect to emerge from this challenge as a stronger team.”