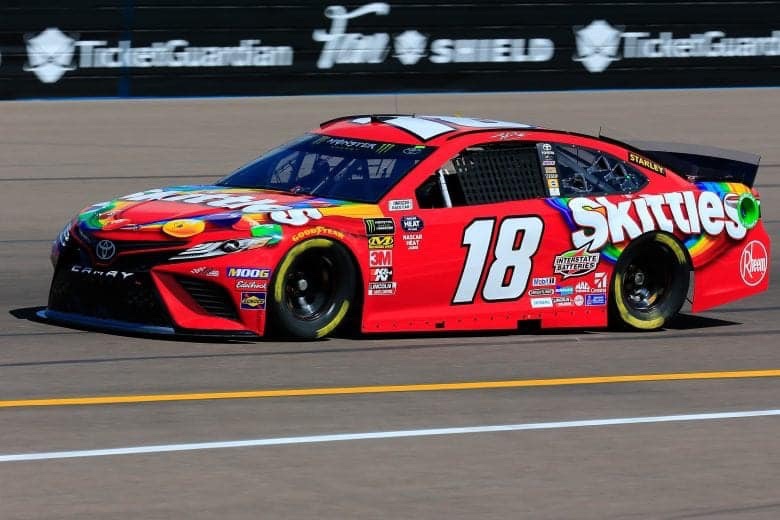 The Ticket Guadian 500 began with Ryan Blaney on the pole and led the first 35 laps before Kyle Busch assumed the lead. Chase Elliott who started second was penalized for his start and had to serve a pass throw penalty. Erik Jones would bring out the first caution on lap 38 after losing a left rear tire. Later Brad Keselowski would hit the outside wall in the first stage. In the end it was Blaney who claimed the first stage.

Busch would rebound to claim the second stage and set his sights on win No. 199 across the top three series of NASCAR.

Alex Bowman’s day saw him the cause of two cautions. The second of which would take him out of the race. With pit stops coming and questions about whether there was enough fuel Ryan Preece brought out two cautions ending his day in the process

With just over 60 laps to go Blaney would get around Aric Almirola to reassume the lead. Blaney and Busch would turn the fastest laps of anyone in the field but Busch was able to clear the No. 12 with 15 laps to go and then began putting distance between him. With six laps to go Austin Dillon was the first car to run out of fuel while he was fifth.