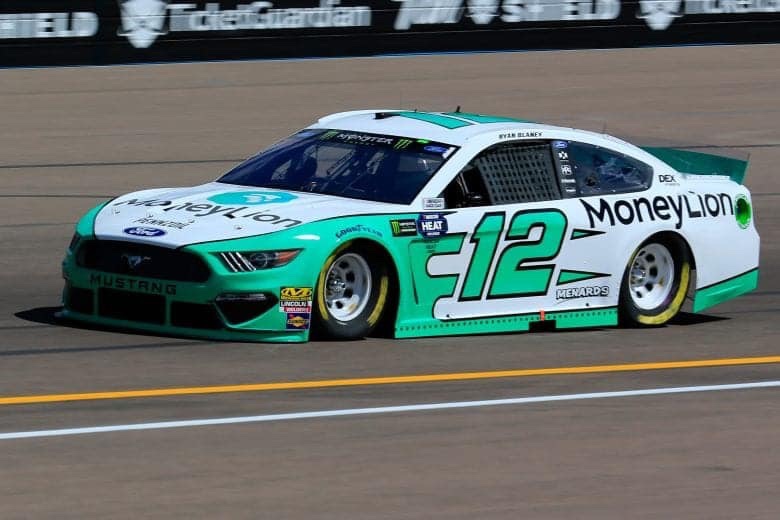 The Monster Energy NASCAR Cup Series race began with Ryan Blaney on the pole in the No. 12 Money Lion Ford Mustang and he would lead the first 35 laps before Kyle Busch and the No. 18 Skittles Toyota Camry would assume the lead.

Outside pole sitter Chase Elliott was penalized for his start and was forced to serve a pass though. He would get a break when Erik Jones lost a rear tire and brought out a caution on lap 38.

After pit-stops, Busch would re-assume the lead from teammate Denny Hamlin on lap 46. With 12 laps to go in the stage Brad Keselowski would bring out the second caution after hitting the outside wall. Blaney would take back the lead following pit stops when green came out on lap 70. Busch restarted 12th after being the first car to take four tires. He finished fifth in the stage.

One driver who made up a lot of ground in the first stage was Kyle Larson who started 31st. He finished sixth in the stage. Elliott rebounded to finish ninth,