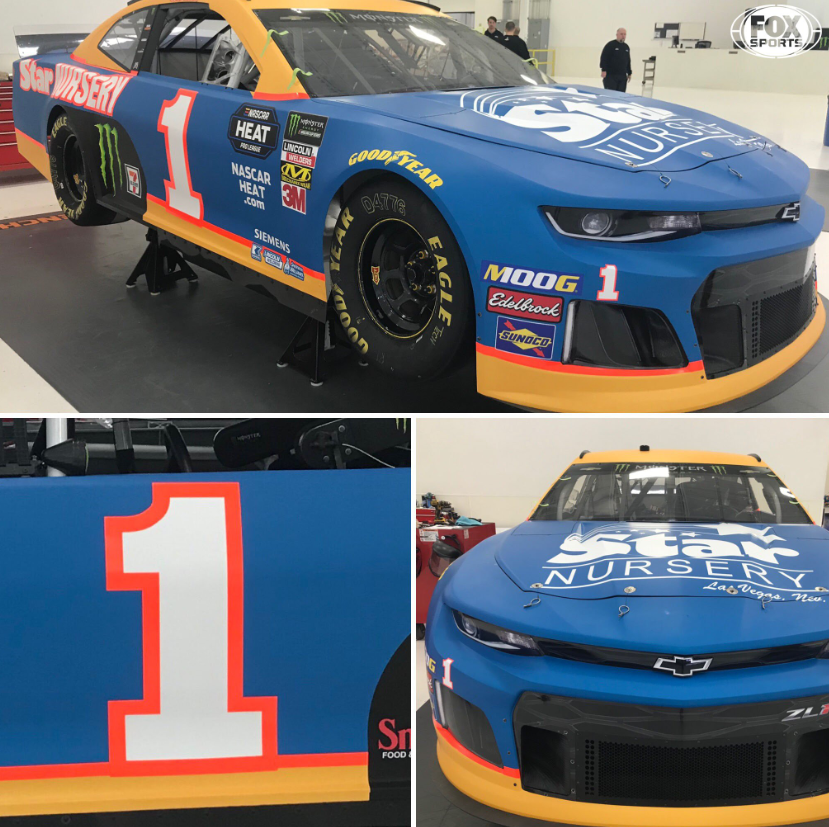 When Kurt Busch gets into his No. 1 Chevrolet Camaro this weekend at Las Vegas Motor Speedway, the 2004 Monster Energy NASCAR Cup Series champion will be trading in his familiar back paint scheme for a car which is blue.

A native of Las Vegas, Busch will be driving a car with sponsorship from Star Nursery which has been a sponsor of him since his early racing days. Busch won the 1999 NASCAR Southwest Series championship driving a car similar to the one he will be in on Sunday.

Busch is coming off a third place finish at Atlanta Motor Speedway.