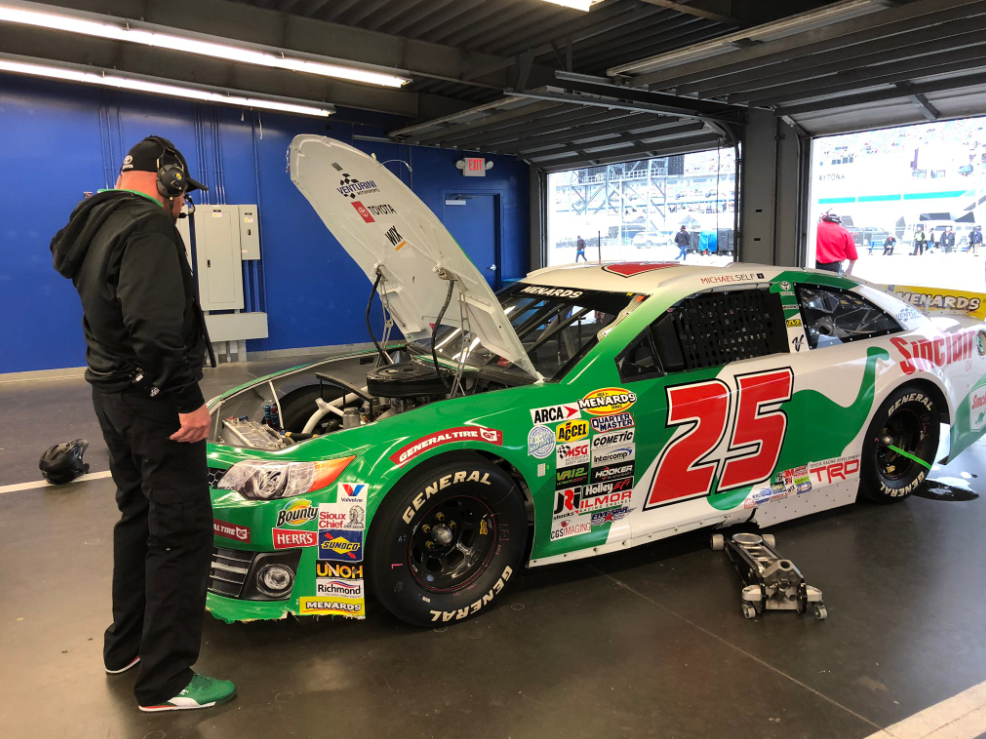 Michael Self came to Daytona hoping to repeat what he did in 2018, winning the Lucas Oil 200.

Self, driving the No. 25 Toyota for Venturini Motorsports, saw his chances of winning go away early as Willie Mullins would make contact with his rear end on lap three.

Michael Self gets airborne in Daytona. pic.twitter.com/R17rZz6jU0

While Mullins would go to the garage immediately, Self’s crew attempted to fix his car before ultimately pushing it to the garage for further work.

Ironically, Mullins’ team would tweet a photo of their team duck on a Sinclair dinosaur prior to the race thanking Self for the ride.