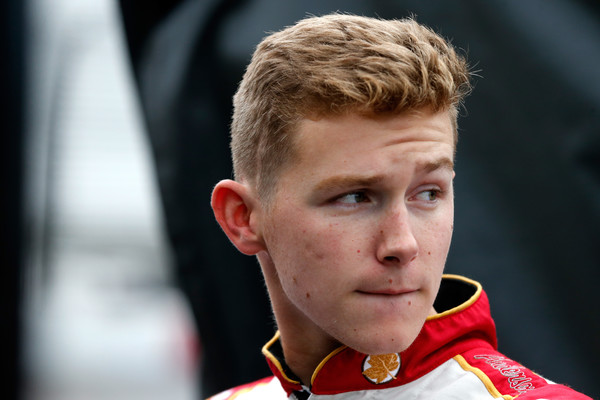 Front Row Motorsports is expending to three teams for the 2019 season. Matt Tifft has joined the organization and will drive the No. 36 Ford Mustang starting with the season opening Daytona 500 in February.

“Today is a huge moment in my career, announcing my move to the Cup Series,” said Tifft in a team release. “This has been a dream of mine since I was a kid, and I can’t believe it’s finally coming true.

“I’m so thankful to Front Row Motorsports for giving me the opportunity to drive the No. 36 next season. I’m looking forward to guidance from veterans Michael McDowell and David Ragan and am ready to take on the challenge of driving with 39 of the best drivers in the world.”

Tifft ran 33 Xfinity Series races last season with Richard Childress Racing scoring  six top-five and 19 top-10 finishes while finishing sixth in the final playoffs standings after advancing to the Round of 8.

In Tifft’s first full-time Xfinity Series season with Joe Gibbs Racing in 2017, he earned two top-five and 13 top-10 finishes and made the playoffs with a seventh-place final ranking.

“Not only are we here to stay, we’re here to grow,” Jenkins said. “We already have two proven veterans in our lineup, and now we’ll get to add an impressive young talent and championship contender who will inject some new energy into the group. With the introduction of the Ford Mustang into the Cup Series, 2019 is shaping up to be an exciting season for us.”