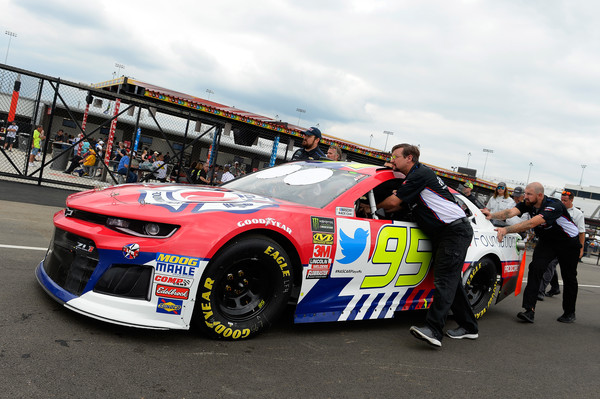 Kasey Kahne remains sidelined following dehydration he suffered at Darlington. An update about Kahne’s status is expected to come sometime after the running of the Gander Outdoors 400 at Dover International Speedway.

Regan Smith remains as the driver of the No. 95 Chevrolet of Leavine Family Racing. Smith has appeared in four races for the team thus far and have an average finish of 19.5 including a 12th place finish at Las Vegas. In the most recent Charlotte Roval race he finished 15th.