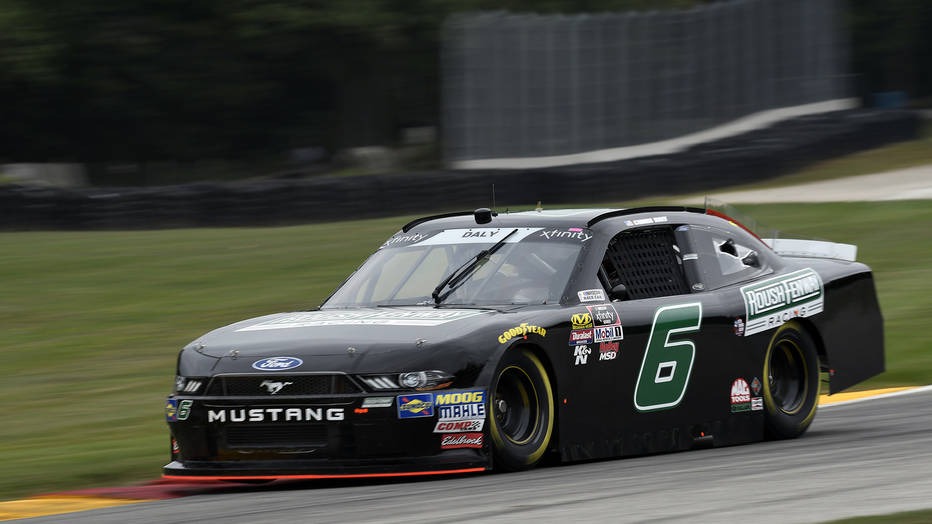 The No. 6 Xfinity Series Ford Mustang of Roush Fenway Racing will be black and green during this weekend’s event at Road America after sponsor Lily Diabetes pulled it’s funding for the car to be driven by Conor Daly.

Daly lost his sponsorship from Lilly Diabetes for comments which were made from his father Derek Daly during the 1980s.

“Unfortunately, the comments that surfaced this week by Derek Daly distract from this focus, so we have made the decision that Lilly Diabetes will no longer run the No. 6 at Road America this weekend,” Lilly said in a statement.

Saturday’s Johnsville 180 is the NASCAR debut for Daly.

“The last (24 hours) have been quite an unnecessarily difficult ride for my family. There is A LOT I want to say … but I’m still here and still racing,” Daly wrote on Twitter on Friday night.

Derek Daly has admitted to using a racial slur for African-Americans during a radio interview in the early 1980s. Daly who was new to the United States at that time, cited his misunderstanding of the way the word was used opposed to how it had been used in his native Ireland.

Conor Daly had not even been born yet when the comment was made by his father who says he has not used it since learning of it’s meaning.

“Finally, I want everyone to know I deeply regret and sincerely apologize for what I said more than three decades ago,” the elder Daly said in his statement.

Lily Diabetes will continue to sponsor the cars driven by Ty Majeski and Ryan Reed in Saturday’s race.

The fallout from Daly’s comments have also led to the retirement of Indianapolis Colts radio voice Bob Lamey.