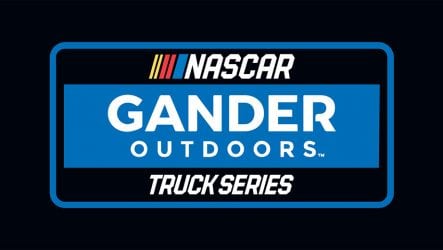 It was announced earlier this year that NASCAR and Camping World had expanded their agreement which will now see Gander Outdoors as the title sponsor of the Truck Series starting in 2019.

Back in 2009 Camping World became the title sponsor of the trucks, which saw a seven year extension agreed upon by the two sides in 2014. The latest agreement sees the naming rights run through 2022 with Gander Outdoors assuming naming rights.

“Gander Outdoors’ customer base has an affinity to the outdoor lifestyle and will transition seamlessly as the title sponsor of our national series in 2019,” said Steve Phelps, NASCAR Chief Operating Officer, at the time of the announcement for 2019.

The change is merely in name as Gander Outdoors, formerly Gander Moutain, was acquired by Marcus Lemonis in May 2017.

“Nearly a decade ago we felt strongly our entitlement sponsorship would dramatically increase Camping World’s customer base and it’s delivered,” Lemonis said. “We expect the passionate fans of NASCAR will embrace Gander Outdoors the same way they supported Camping World and we couldn’t be more excited about the future of the series.”