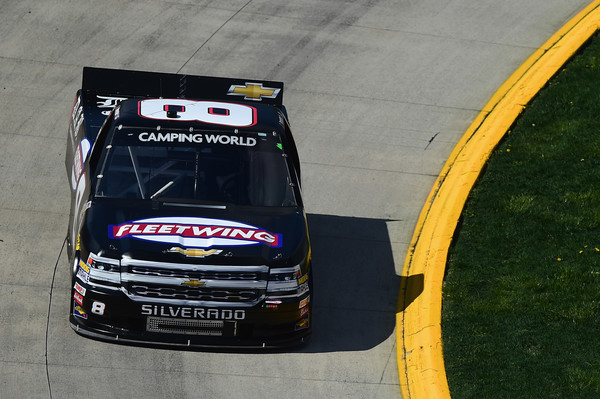 One driver not complaining is John Hunter Nemechek who went to victory lane in the event claiming himself a grandfather clock in the process.

Nemechek’s win came after Kyle Benjamin closed in on him in the closing laps but did not have enough to get around the No. 8 truck at the 0.526 mile short track.

Pole sitter Ben Rhodes won each of the first two stages of the race, leading a race high 134 laps before a slow pitstop dropped him back in the field resulting in a 12th place run.

The win was the sixth in the NCWTS for Nemechek.