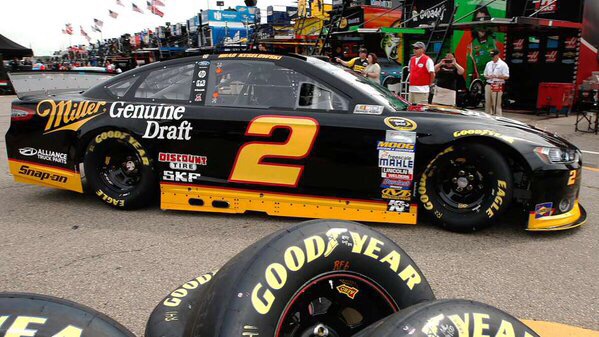 MJD previously appeared on a black No. 2 car driven by Rusty Wallace during his time at Penske Racing.

Once Miller Lite began appearing on the No. 2 car the black paint sceheme left the sport. Keselowski made it to the eliminator round of the Chase this year and one ealy in the year at Fontana.